The container shipping supply chain is still experiencing its worst crisis as 2022 starts. It will take months to recover from the disturbance. We are still seeing the worst crisis in container supply chains since Malcolm McLean created the sector in the late 1950s as the new year gets underway. The problem is not getting better as 2022 gets underway. We hope to be able to report that the traffic bottleneck is starting to move. 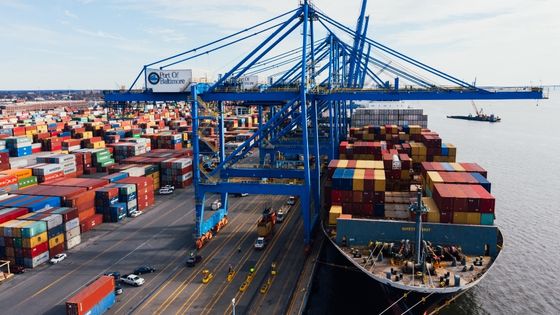 Improvements have been made in a few small-scale situations when efforts have been made to address specific supply chain constraints. Because the railroads accepted fewer container shipments, US intermodal rail off the West Coast has significantly improved.

Since early 2020, container shortages have been an issue for international trade. The global pandemic, the transition to internet shopping, and the rise in demand from China are only a few of the causes of the scarcity. The shortages have caused shipping prices to soar and made it difficult for firms to get their goods to market. The issue has caused delays in the delivery of products and disturbances in the supply chain. Despite being a worldwide issue, container shortages are worse in Asia, where most containers are made.

Asian producers expanded output in response to the deficit, but insufficient to fulfill demand. As a result, companies worldwide are experiencing the effects of container scarcity and looking for solutions.

Working with a foreign-based forwarder:

A foreign-based forwarder, most usually from the country of origin, is who you get when you choose CIF shipping.

The origin process is crucial, and both a US-based forwarder and one with a foreign base of operations provide similar services. The level of visibility and communication efficiency are the key differences. Your firm or supplier will frequently select a forwarder with a foreign base who works for them. The client is your provider. They are more preoccupied with their demands than yours. The supply chain and logistics manager should be someone from your company, responsible for tracking information and managing the entire process.

There are a few things you must do:

Foreign-based forwarders frequently have issues with poor customer support. They often don’t have an office in the US and instead use a handling agent, whom they pay little. The primary duties of a handling agent are to get payment and release your goods. They frequently lack specifics and the will to resolve issues on your behalf. Simply put, you don’t have simple access to solutions since you aren’t their customer.

Effect of covid-19 on the container shortage:

And since October, the number of long-dwelling containers parked on the piers at LA-Long Beach has decreased by over 50%. But as January began, over 100 container ships were either slow-steaming or waiting for a berth off the LA-Long Beach entrance. This figure was far lower, in fact, zero—during the several years before the COVID. Ships came, berthed, loaded, unloaded, and sailed away.

COVID, to put it simply, was what changed. The container supply chain saw extraordinary stress during the 2020 shutdown when consumer spending in the United States rapidly fluctuated from services like travel, leisure, and entertainment to home renovation and from brick and store to e-commerce. Distribution facilities are necessary for e-commerce, but their capacity is woefully inadequate. Today, it is still unprepared. The expansion of e-commerce over the last five to seven years has been condensed into a single year. Additionally, stimulus plans increased purchasing power. As a result, US import container volumes increased by about 20% in 2021 compared to 2019, a far greater pace of growth than in the ten years before COVID.

Is the shipping crisis ending soon?

The crisis in container supply chains is being made worse by capacity. There are reportedly enough ships and containers available to meet even the high demand, according to ocean carriers and freight forwarders. The issue is that a sizable portion of the capacity is either idled or circulates more slowly. As a result, a sizable amount of capacity is no longer an option. According to estimates, congestion has eliminated 10 to 15% of the available capacity. According to the trade lane, spot container freight costs have increased by three to five times compared to just a year earlier, as seen from the freight rates.

Over the past several weeks, some headlines have stated that “the supply chain issue is resolving.” As 2022 gets underway, we do not observe anything to support it, at least not in terms of container flow fluidity. The system does not have time to heal before the next shock strikes, which has been an ongoing issue since the epidemic. The suspension of one of the world’s top marine terminals, Yantian port in South China, in the spring of 2021, and the six-day closure of Suez, did not give the system a chance to recover.

A resumption of regular cargo flow might be delayed by interruptions like COVID manufacture and port closures in China before the next Chinese New Year and winter Olympics. It is why, at least for the first half of the year, the picture for 2022 is still one of ongoing disruption without a promise of a prompt return to the fluidity of the pre-pandemic system.

Custom Crating and Logistics has been a breath of fresh air in the present economic atmosphere. It has made it easier for containers to travel and helped firms keep track of their inventory.

Why do Indians Invest So Much in Gold?

How to Select Food Processing Lubricants

How to Select Food Processing Lubricants