Ananthagiri is the perfect dream destination for nature enthusiasts who want to spend some time snuggling in mother nature. boasting a wonderful array of natural treasures such as lush woods, adventurous trekking paths, and fascinating caverns, and gorgeous waterfalls. Ananthagiri hills are also an important religious destination due to the presence of Anantha Padmanabha Swamy Temple.

While there are several things to do in Ananthagiri Hills, being present in the peacefulness of nature can frequently inspire visitors to stay longer. If you are one of these travellers, we have some excellent news for you. With this list of things to see near Ananthagiri Hills, you won’t have to waste time sitting in your hotel room or returning to locations you’ve already visited. Read further to know more about the best and unseen places that you can visit near Ananthagiri hills. 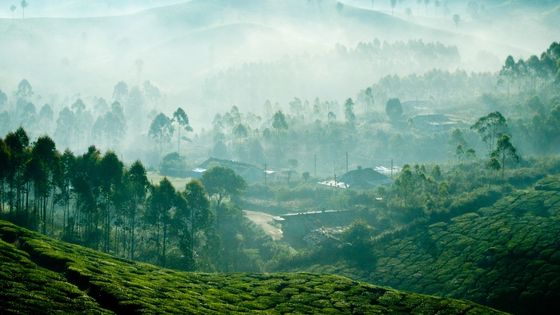 The Chilkur Balaji Temple, also known as Visa Balaji Temple, is one of only two temples in India that are not run by the government. For starters, the temple makes no special accommodations for VIPs. Furthermore, the temple does not take money from visiting devotees.

Interestingly, the temple was given the name Visa Balaji Temple since it became linked with satisfying the wishes of devotees who wished to settle in a faraway country. According to legend, after completing 11 “parikramas,” or temple rotations, one might wish for their visa application to be approved. Once completed, worshippers are obligated to return to the temple and perform 108 “parikramas” as a sign of thanks to the Gods, according to the ritual.

Mrugavani National Park is smaller than its neighbours, covering only 850 acres.The area was designated a National Park in 1994 and is home to wildlife such as black-naped hares, Indian vipers, and foxes.

There are many species of birds. Mrugavani National Park is particularly appealing to bird lovers, as it is home to over 100 kinds of birds. The park’s governing officials also provide guided wildlife safaris, which are possibly the finest method to tour the park’s most important parts.

This dam is located in Telangana and is one of the largest ones there. The dam is in charge of meeting Hyderabad’s irrigation, drinking water, and hydropower requirements.

Around 1000 crocodiles live in the dam’s deep waters. Tourists from everywhere have made this dam a renowned tourist site and one of the locations to visit near Ananthagiri Hills.

The Osman Sagar Lake was formed by Nizam Osman Ali Khan as a result of a dam construction project being undertaken by the same Nizam. The lake features stunning natural vistas and an awe-inspiring palace that overlooks it and was previously used as a summer resort by the Nizam.

For those seeking to splurge, the Nizam’s former summer residence has been converted into a resort run by the Andhra Pradesh Tourism Department. The palace allows tourists to experience aristocratic life in a dreamlike and calm lakeside setting, making it one of the nicest places to visit.

Golkonda Fort is a remarkable historical and architectural monument that will complement your visit to the Ananthagiri Hills. In the 12th century, a local monarch built the Golkonda (Shepherds’ Hill) Fort on top of a 12 metre high granite boulder. Brahmin laws then expanded the fort to cover an area of 11 kilometres, almost 200 years after it was built. Numerous notable kings, most notably Mughal Ruler Aurangzeb in 1687, were drawn to the fort. With 18-foot-high walls and extraordinary acoustics, the fort is an architectural marvel.

The Nehru Zoological Park is one of the most popular sites for visitors who want to spend a day admiring nature’s wonders. The Asiatic Lion, Bengal Tiger, and Indian Rhino are among the indigenous species found in the park.

There is a nocturnal zone present in the zoo that simulates the nighttime environment. During the day, visitors can watch nocturnal species such as owls and bats in this part. The neighbouring Mir Alam Tank also attracts thousands of migratory birds each year, making it ideal for bird watchers.

As you can see above were some of the places that I would surely recommend you to visit while you plan to visit some nearby places of Ananthagiri hills. These places are full of tranquillity and allow you to experience and feel the surroundings. These places offer you many breathtaking views and will surely make your day.