The Link Between Inflation and Shipping Delays

The Associated General Contractors of America, an organization that represents over 25,000 member businesses, updated their inflation alert after construction materials like steel has continued to rise while the supply chain issues grew worse.

Contractors have had to deal with longer and more uncertain and unpredictable delivery times for certain construction items, in addition to the high price hikes. There are currently delays at all stages of supply chains. The problem has been the lengthening of lead times that affect production and delivery. 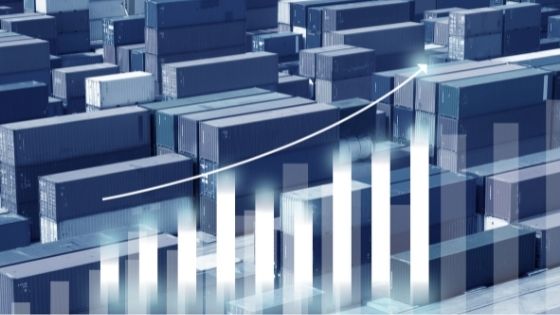 After the release of retail data in mid-July, market analysts warned about inflationary concerns that could lead to concerning interest rate decisions. The link between inflation and shipping delays is explained in a video on this page.

This year, the consequences of plant and transportation breakdowns have been much more severe than they would have been under normal conditions.

The freeze that took place in Texas last February, which had a devastating impact on construction plastics, is the most prominent and longest-lasting example. All of the many plants that produce raw material used in construction plastics were either completely or partially shut down by the freeze and accompanying loss of power and water. The freeze also burst thousands upon thousands of PVC pipes, increasing the demand.

Unplanned outages also occurred at plants that produce cement, steel and semiconductors. As producers continue to struggle, there has been little growth in capacity. Contractors are reporting delays in delivery or increased lead times. These issues have been evident at every point in this delivery chain.

According to recent reports, the steel tariffs that were enacted when Donald Trump was president have led to a worsening of availability and increased costs. Some trade actions were intended to create and protect jobs in the steel sector. However, little capacity has been built so far. In fact, many manufacturers raised prices simultaneously.

More than 300 U.S. producers sent President Biden a request this past spring to end aluminum and steel tariffs that were initiated three years ago. These manufacturers claim that the vast majority of American manufacturers use domestically-produced steel and aluminum. However, it is the industrial users who are most affected by the shortage of the raw materials.

According to the United States Bureau of Labor Statistics, the Consumer Price Index for urban consumers increased over 5 percent in the period ending in June. This was the biggest twelve-month increase since August of 2008.

From February of 2020 (when the pandemic began to spread in the U.S.) to June 2021, consumer prices rose nearly 5 percent. Separately, the U.S. Census had released retail data showing that sales of items such as clothing, that were affected by the pandemic, are recovering.

According to the U.S. Census Bureau, June 2021 retail sales rose by over 15 percent compared to last year; this is based upon advance estimates. The activity in clothing and food services increased by over 40 percent. Both of these have created demand for resources like plastics and other packaging materials.

The Fed has shown lit to hike interest rates yet and concerns about inflation rates are troubling. There’s no doubt about the connection between shipping delays and inflationary woes.

Things to Do to Improve Your SEO Perth Ranking

How a Self-Storage Will Help You While You’re Travelling

How a Self-Storage Will Help You While You’re Travelling