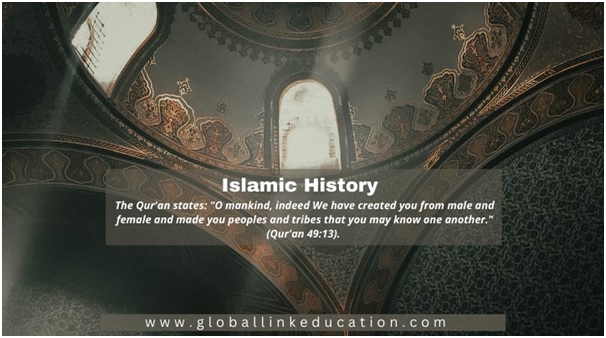 The Islamic history begins with the story of creation and is the cornerstone of the Islamic faith. Muslims believe that all humankind was created by Allah and His messengers, and that all are equal in the eyes of Allah. The Islamic religion has its own set of beliefs and practices, and there are many Islamic history books available to explore and learn more about this ancient religion.

The Islamic faith is based on five pillars: belief in one God (Allah); observance of prayer; paying of alms; fasting during Ramadan; and making a pilgrimage to Mecca at least once in a lifetime. The principles of Islamic law also developed during this period, regulating everything from commerce to criminal justice. The legacy of Islamic culture can still be seen in many parts of the world today.

The Prophet Mohamed (PBUH) and His Companions

The Prophet Mohamed (PBUH) is an important figure in Islamic history and his life, teachings, and journey serve as the cornerstone of the Islamic religion. After receiving revelation from Allah (SWT), Prophet Mohamed (PBUH) and his companions spread the message of Islam and established an Ummah based on faith, equality, and justice.

During this period, many Islamic history books were written to document the rise of Islam. The stories of Prophet Mohamed (PBUH) and his companions were also shared in local communities, which helped to spread the message of Islam throughout the world.

The legacy of Prophet Mohamed (PBUH) and his companions continues to be a source of inspiration for Muslims today. Through the study of Islamic history books, we can learn about the struggles and successes of this era and gain insight into our shared values and beliefs as members of the Muslim community.

The idea of equality and justice is deeply ingrained in the Islamic religion and history. Equality between people is one of the main pillars of Islam and it is this principle that forms the basis of justice. The Qur’an states: “O mankind, indeed We have created you from male and female and made you peoples and tribes that you may know one another.” (Qur’an 49:13). This verse emphasizes the importance of unity and respect for human differences.

The Prophet Muhammad (PBUH) was a strong advocate for justice and equality. He set an example for his followers and all Muslim Ummah by treating all people, regardless of their religious beliefs, gender, race, or social class, with fairness. He believed that justice should be applied equally to everyone, whether they are Muslim or non-Muslim. He also believed in the equality of all Muslims before God, regardless of their social standing or economic status.

In Islamic history books, we can find numerous stories of justice and equality being practiced by our beloved Prophet Muhammad (PBUH). From the history of Islam that the principles of equality and justice are essential components of the faith. These principles are an important part of Muslim history and culture, and they should continue to be upheld in order to ensure fairness and justice for all people.

The Golden Era of Islam

The period of the Golden Era began with the rise of the Umayyad Caliphate in 661 AD and ended with the fall of the Ottoman Empire in 1922. During this period, the Islamic religion spread throughout many parts of the world including South Asia, North Africa, the Middle East, and parts of Europe.

The Islamic religion was taught and spread through various books and texts written during this era. The most famous of these are Islamic History books such as Tarikh al-Tabari and Kitab al-Muqaddasi. These books provided an invaluable insight into the life and teachings of the Prophet Muhammad (PBUH), along with a comprehensive record of the Islamic faith.

The Golden Era was also a time of great innovation in art, architecture, medicine, science, and technology. Many famous scholars from this era such as Ibn Sina, Al-Biruni, and Ibn Rushd made significant contributions to these fields.

The Islamic religion has been a major force for good throughout history. From its Golden Era to modern day, it has provided inspiration and guidance for millions of people around the world. Muslims have built great civilizations based on their faith and have contributed greatly to humanity’s progress over the centuries.

What Are The 2 Pillars Of Digital Marketing?

What Are The 2 Pillars Of Digital Marketing?