It is best to share tasks and make decisions regarding the children while both parents are present because parenting is a full-time job. But this isn’t always the case, and other circumstances including separation, divorce, death, unintended pregnancies, reluctant fathers, and others might result in a single mother. Without assistance, single mothers may become exhausted trying to care for their children on their own. In addition, society frequently evaluates them harshly and views them as the cause of their circumstances, making them vulnerable to emotions of shame and self-doubt. Take help from an Clinical Psychologist at TalktoAngel for more information on mental health challenges of single mom. 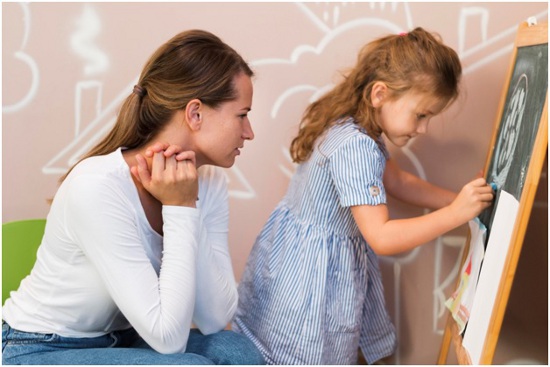 Compared to mothers who have responsible spouses at their sides, single mothers are more likely to have mental health problems for a variety of reasons. They must shoulder the entire responsibility of raising their children, including providing both material and emotional assistance. This implies that they might need to work twice as hard on everything. In order to meet family demands, they will be working longer hours, which may cause them to put their own wellbeing and that of their children’s above their own.

Single mothers step up for their kids every hour of the day, and they are doing an excellent job. Unfortunately, a lot of single mothers dislike asking for assistance and frequently don’t think they require it. Stressors can build up for certain single mothers and cause a mental health emergency. Some of the women who visit our website battle PTSD, anxiety disorders, and depression. They will occasionally use alcohol or drugs as self-medication.

Single mothers rarely get enough sleep, which is not unexpected. Why? Because they can accomplish so much while their children are asleep! Washing clothes, housework, working at night, schoolwork, and other obligations can interfere with a single mother’s ability to get a decent night’s sleep. Lack of sleep provides a shaky basis on which to handle other difficulties.

Single mothers spend too little time on self-care and rejuvenation because they are so busy and preoccupied with their kids. Most single mothers can only dream of “spa days,” and fitting in exercise can feel like impossibility. Self-care helps women handle the difficulties of single parenthood, yet most single mom’s priorities other things before taking care of themselves.

Single mothers frequently find themselves in a vulnerable financial position after a divorce or relationship loss. Even when they work full-time, many single mothers are kept below the poverty line by the minimum wage! Many single-mom families in America’s cities and towns turn to homeless shelters as their last resort. It should come as no surprise that anxiety and depression are linked to poverty and financial stress.

4. Disagreement with an Ex-spouse

While divorce and separation are difficult enough, ongoing conflict with the child’s former parent can be detrimental to a single mother’s mental health. Bullying, deceit, withholding child support, and breaking divorce agreements are just a few of the actions divorced women report encountering.

Whether out of choice or necessity, a woman who becomes a single mother frequently loses touch with her friends just as she needs them the most. Friends may take sides, feel uneasy, or be unable to comprehend the new reality of a single mom. Feelings of isolation and despondency are brought on by a lack of ties to the community.

Divorce rates among couples with special needs children are higher than those in the general population. Moms wind up taking up the majority of these children’s care because they predominately receive custody.

Domestic abuse and violence are now prevalent at terrible levels. A large fraction of mothers who seek assistance have ended violent marriages. Despite their courageous decision to leave, the psychological trauma still exists and can be easily reactivated. Too many single mothers struggle to cope without assistance or resources, and this grief frequently manifests as PTSD, depression, and other mental health issues.

There are numerous stereotypes regarding lone mothers. These opinions may be voiced at any time by a child’s teacher, a different parent, or a work colleague. I make an effort to uplift and motivate single mothers since the daily assault of unfavorable stereotypes about their parenting abilities and moral integrity is unjust and disheartening.

A single mother could have remorse over her choices and the events that brought about her predicament. She can feel overburdened and believe that she is to blame for her children’s absence of their father or that she might have been more tolerant or patient. She might also be concerned about what her kids would think of her when they grow up.

The Impact of Technology on Society