This week’s news cycle was full of stories about a sinkhole that appeared on the Ayalon Highway on September 17. Thankfully, there were no victims at all and the situation is currently under control. The only big issue was a long traffic jam and a warning from the minister of transportation Mirav Michaeli to avoid using personal vehicles to enter Tel Aviv.

Public transportation was bolstered in response to the situation allowing thousands of Israelis to go to work albeit with less comfort than they are used to. The sinkhole situation also affected military personnel returning home from the base nearby. Otherwise, life was going as usual. 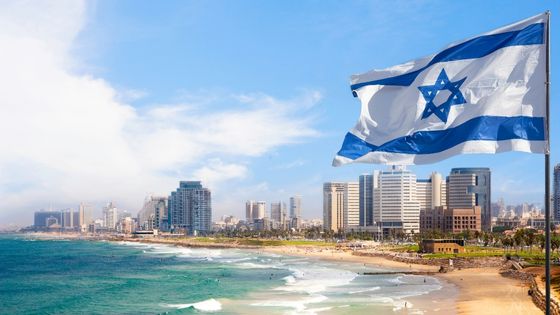 The sinkhole may appear innocent. In the end, such mishaps occur. The power of nature is largely unpredictable. However, this particular accident reveals some problematic sectors of Israeli policy-making that affect the lives of citizens. Tel Aviv is the gemstone of the nation with its beautiful modern architecture and lively business centers, but the sinkhole accident says that we should take more time and diligence when rising to the sky.

Workers who arrived to conduct repairs reported that the highway would be operational by Tuesday of the week following the accident. There are two potential reasons for this sinkhole’s appearance in the vicinity of Tel Aviv:

The construction work on the Azrieli Spiral Tower, a magnificent city project that will be the second-tallest structure in the capital, may have been a little bit hasty and caused structural damage to the surroundings.
The ground under the highway has hollow parts due to intense water usage in the Dead Sea region which has been a problem highlighted by many environmentalists.

While the latter is unlikely to be addressed efficiently due to the sheer complexity of the issue, the former is a bigger concern. Thankfully, representatives of the Azrieli Group said in a press statement that the company is already looking into the problem and will cooperate with officials to identify the underlying issue that could cause the sinkhole.

More regulations on the construction sector

Many residents of Tel Aviv voiced their disapproval of the current rate of construction in the city. While people are most supportive of developing and expanding, it should be done with stricter oversight and better audit procedures to ensure that contractors fulfill their duties and build new structures according to international standards and harsher regulations on the national level.

In 2021, there were 63 thousand building starts in Israel, a new record for the nation. The highest number of new projects in 26 years. A massive achievement for some and a point of concern for others.

Again, the desire to build more is a good thing for the economy, culture, and social mobility, but the cost can be high if some of these new projects are built haphazardly and without any involvement from regulatory bodies.

Israel sees a reduction in groundwater

The shrinking Dead Sea is a topic that should be left to environmentalists, but it is starting to affect the infrastructure. One of the reasons the Ayalon sinkhole and the sinkhole that killed a man in July appeared is that reservoirs of underground water may be sipping away to the Dead Sea basin due to the falling hydraulic pressure caused by the reduction of water level in the sea.

While water scarcity in the region is a very important topic, the structural integrity of the very ground Tel Aviv stands on is an even more pressing issue that should be addressed as quickly as possible. Hopefully, our lawmakers know what to do and will react according to the threat level.

One of the biggest developments in this direction is the currently ongoing “Red-Dead” project that will connect two water bodies with a channel that will bring desalinated water to Jordan. The cooperation between Jordan and Israel is a historically important one and can bring a solution to many environmental problems!

How to Get Promokod 1Win?