Even with the numerous benefits that Reactjs offers, certain limitations can alter the performance of React applications. Its high-pace development and poor documentation are two of the many disadvantages for React developers.

And to cope with these, developers need to optimize their single-page application’s performance. In this post, we will discuss some of these optimization techniques React developers can bring to use. 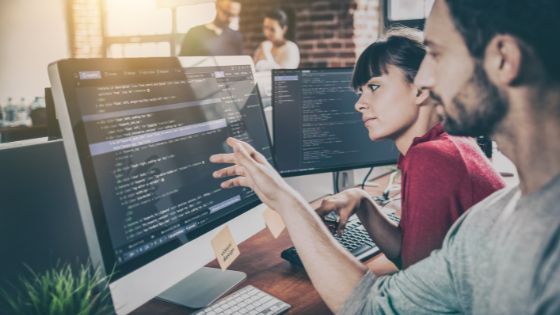 And in case you are a business working on a React project, you can look for these techniques when you hire ReactJS developers.

Check it for yourself and optimize your React apps the right way!

It is common practice to use React.Component class whenever you create a new component in React. But, did you know using React. PureComponent can give you a major performance boost to your application?

One can use Rect.PureComponent if the Render() function produces the same results for the same state and props.

2. Use React.Memo for component memorization

Even though React.Memo is a high-order component for creating functional components, it works similarly to Rect.PureComponent. Here as well, the component skips rendering if the same props are passed, boosting the application’s performance.

It can memorize the output for a certain input prop from its last execution and can optimize your React application’s performance. This function was introduced in React v16.6 and can be used in any of the later versions of React.

The React.Lazy feature was introduced in React v16.6 and provided developers an easier approach to lazy load images and code split various components. The lazy loading technique is extremely beneficial in case you are building large and content-heavy progressive web apps.

It ensures the load time isn’t too long and the content loads in the application as the user scrolls through the page instead of loading the entire web page at once. The React.Lazy() API is utilized by developers to lazy load the route components.

Since javascript code executes on a single thread, executing long computing operations on a common thread can deteriorate the performance of UI-rendering code. However, the use of Web Worker allows you to run multiple threads parallelly without affecting the UI flow.

It acts like a gateway where you can create numerous threads for parallel execution. However, this function is not officially supported by React, there are several ways developers can still utilize the functions of Web Worker.

When you hire dedicated react js developers for your project, you can ask them if they can use it to create and manage multiple javascript threads.

The use of a Content delivery network or CDN is extremely useful to optimize the performance of React JS single-page applications. Some of these benefits are mentioned below –

Typically, all React components must have a common parent tag, and no two ‘parent tags’ can be at the same level. Consequently, users had to create an extra tag at the top so that all the other components had a parent tag.

But, at times, having too many tags in your program could lead to errors like ‘Parsing error’ and can cause difficult situations. However, with react fragments in place, developers don’t have to use extra tags and the number of extra tags from the program can be reduced significantly.

Developers will only have to encapsulate the different elements inside a fragment which will behave as a parent tag for all the other components. It can save your application from running into unprecedented errors and reduce the amount of code at the same time.

Conditional rendering is one of the essential parts of React JS programming as we use it on multiple occasions when we need to decide if or not a specific element will be rendered based on a condition.

And during the operation, a lot of mounting and unmounting of React components takes place, which is an expensive affair. Thus, developers have to keep in mind and optimize the codes to reduce the amount of mounting and unmounting. If you are planning to start a project based on React, it is best to hire react js programmers who are well aware of these nuances and can aid in your development.

This increases the complexity and effort of React JS applications. Instead of defining an inline function, one can create and bind a function inside the component itself. It eliminates the problem with inline functions.

At times, you may encounter a critical error in one of the components of React JS application and this shouldn’t affect the performance of your application. Thus, creating error boundaries for the components becomes necessary.

Creating error boundaries of react components help detect the errors in the child component and it becomes easier to contain the occurred errors, log the same, and have a fallback plan for the same. You can import this error boundary wrapper from the javascript library and wrap components that might throw an error.

While React JS is an excellent technology to develop single-page progressive web apps, careful development is the key to success for each project. And these development tactics should help you create better-performing React applications.

These techniques are very useful and every Reactjs developer for hire should be aware of the same. So, if you are looking for a valuable and skilled resource, you may look for someone who is well versed in these techniques.