Why Social Media is Bad for Society?

Today, most the businesses effectively use social media in order to promote their products and connect with customers. But it also cannot get denied that there are some Negative Effects of social media and thus it poses risk not only to companies but the societies too. 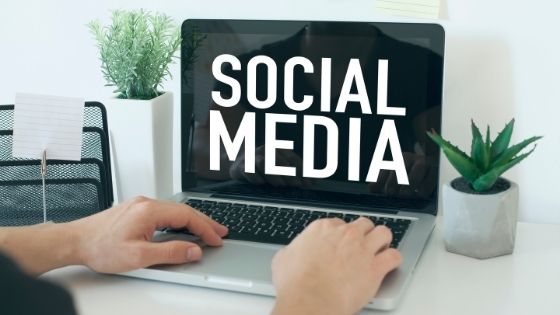 Social media indeed has large productivity but it also gets used in spreading false information i.e. being shared on social media networks. In this way, it can do real damage to worker’s relationships as well as their brand.

Here we have defined few factors that show why social media is bad for society:

It has been seen that most of the employees have social media accounts and unluckily most have developed the habit of checking their accounts multiple times during a day.

Usually, the time spent on personal accounts is the time that is not spent on work tasks. Even when an employee spends few seconds on social media then it takes several minutes to refocus on their tasks again.

In simpler words, we can say that social distracts the youth from their quality work and it impacts your relationships too.

The mental health professionals are sometimes deeply concerned about the social media. It has been that the constant distraction of social media contributes to attention spans. In addition to it, the people who are regularly using the platforms like Facebook then report a high level of stress.

Sometimes the mental health can have a direct impact on your business. Also, when the employees are happy, confident, or relaxed with their clients and customers then they can be more productive.

But on the other end, stress can contribute to multiple physical and mental ailments, and thus it affects the work.

Undoubtedly, social media have its own pros and cons. It spread the fake news around the world and the cry of fake news has become a commonplace and the consumer confidence has been significantly eroded.

Sometimes the false, misleading online content can become the reason for harming your brand’s reputation. Also, the loyal customers can dissuade the people from even considering the purchase of original services and products.

Here you can look at the following things:

The retailer review websites help the customers to make good choices. While most of the reviews on these websites truly reflect the experiences of others. On the other end, the fake reviews heap the praise on a business and now today these fake reviews create a lot of trouble for other users.

Sometimes the well-running companies make mistakes or they have an employee who behaves inappropriately. However, if a story regarding an incident goes viral then your company may find itself in a lengthy online public relations battle.

Online rumors have usually been started about the safety of certain foods, and products. Nowadays, the social media users have continued to spread the misinformation that can cause readers to avoid purchasing, or sometimes considered that the products or services are referenced in these posts.

Most of the owners as well as the restaurants or some other businesses have found themselves in the crossfire of political loyalties. However, if a company doesn’t take a side, then the appearance of favoring one party over another can cause the political fallout and fake reviews.

There will be numerous person who thinks of cyberbullying as a dangerous problem for young people. But unfortunately, the adults also bully each other online, and sometimes their target is only the co-workers.

The typical types of bullying include the aggressive and unpleasant e-mails, private messages, public comments, manipulated photos, or bullying the target online. The employees who become the victims of bullying can often report extreme stress and this may affect their performance and health.

On the other end, the colleagues also experience the stress if they follow each other on social platforms. While most of the workers need to be careful in order to avoid expressing the opinions on the controversial subjects at work. Also, these may be less-restrained online.

Moreover, if a colleague spot gets an opinion on the meme, then they usually get disturbed and get upset. Besides it, the disagreement might also spill over into the workplace and it potentially damages the morale and interfere with productivity.

Most of the researchers have looked at the general anxiety that is being provoked by social media and it is also characterized by the feelings of restlessness and worry. Thus, social media have a great impact on sleeping and concentrating.

As per some research, it has been found that the people who report using more on social media platforms are more than the three times. It also has a high-levels of general anxiety symptoms.

Most probably the humans used to spend their evenings in the darkness and thus, as a result, they were being surrounded by the artificial lightening all day and night. Research has also been found that this sometimes can inhibit the body’s production of the hormone, that facilitates sleep.

The blue light which is emitted by smartphone and laptop screens is the worst culprit. In other words, we can say that if you lie on your pillow, you are whole night checking the Facebook, Twitter then you are headed for restless slumber.

Conclusion: From the above-given article, it has been cleared that social media evidence doesn’t point in one way. But today the social media affects the people differently and it mainly depends on their pre-existing conditions and personality traits.

Like food, gambling, and many other temptations of the modern age, it can be easily guessed that the excessive use of some individuals is completely inadvisable. But at the same time, it would be wrong to say that social media is completely a bad thing. It has also brought a lot of benefits to everyone’s lives.

Taking Care of Your Gut Health

Learn to Live In The Moment- 5 Tips Might Help You

Learn to Live In The Moment- 5 Tips Might Help You