Which do you prefer: Pancakes, French toast, Waffles or Crepes?

by Florence Alfano
in Food
0
0
SHARES
5
VIEWS
Share on FacebookShare on Twitter
Pancakes, waffles, French toast, and crepes are the most common and daily breakfast. But which one you prefer?

Well, it totally depends on how they are baked. Some prefer apple pancake, some prefer Swedish pancakes. Some go for Waffles, some like Crepes. Let’s see which one is the best for you. 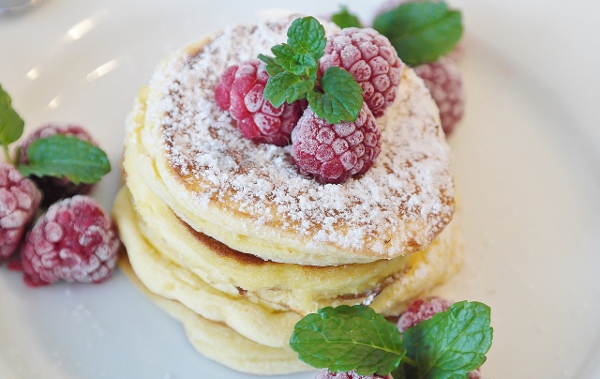 Pancakes: Pancakes are a kind of bread which is made in frying pan. Pancakes can be baked in many styles. American Pancakes Pancake contains a rising agent usually baking powder, flour, eggs, and milk to make a thick batter. Pour this batter into a hot surface which is coated in melted butter or cooking oil. Wait until it rises, then flip it. Your pancakes are ready. You can serve them with fruits, butter or maple syrup in breakfast.

Waffle: Waffle is a French dish made from leavened batter or dough that is cooked between two plates. Waffles are eaten around the world, mostly in Belgium.

French toast: French toast is made of bread soaked in milk and eggs, then fried. Sugar, nutmeg, cinnamon, and vanilla are added to the mixture. These toasts are served with sweet toppings like jam, fruit or honey. Some varieties of French toast are Bombay toast, Eggy bread, German toast, Poor Knights, Gypsy Toast, and Torrija.

Crepes: Crepes are the type of very thin pancakes. Sweet crepes and savoury galettes crepes are two types of crepes. Crepes can be served with a variety of filling. Sweet crepes are made with wheat flour with nutella, preserves, sugar, golden syrup, maple syrup, whipped cream, custard, and fruit salad as fillings. Savoury crepes are usually made from buckwheat and served as lunch or dinner with ham, cheese, ratatouille, artichoke, mushroom, and various meat products fillings.

Crepes are usually served as breakfast but also popular as fast food or street food. Yorkville Crepes is one of the most popular restaurants for Crepes in Yorkville Cafe, Toronto. They serve a large variety of savoury crepes and sweet crepes. The atmosphere inside the restaurant is very relaxed and pleasant. The French Country decor, high ceiling, and tall windows are very attractive. If you are searching for a nice place for dine-in or delivery in Yorkville, then Yorkville Crepes can be the perfect destination for you.

Role of Microbes in Human Body