MRIs are a fairly common medical procedure used to look inside your body. The machine creates pictures of your insides using a powerful magnet and radio waves.

MRIs are painless, but many patients find them uncomfortable, and some are afraid.

Knowing what to expect before you have an MRI can help reduce anxiety and make the experience more pleasant — or at least less anxiety-inducing! 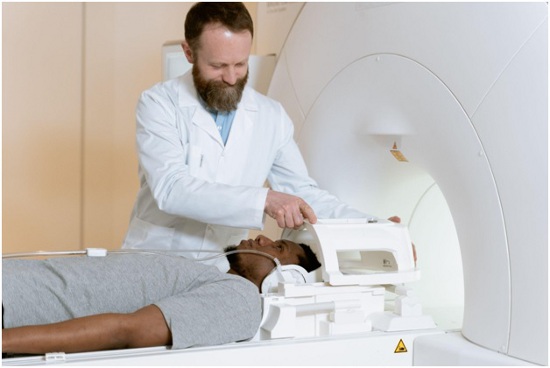 MRIs Appear to be Painless

If you’re going to have an MRI, it’s important to know what you’re getting into. Preparation is everything—and knowing exactly how your body will be positioned and what the experience will feel like can help make your experience more comfortable.

A magnetic resonance imaging (MRI) scan is a noninvasive procedure that uses powerful magnets and radio waves in order to create images of your body’s internal organs, tissues, and structures.

The purpose of an MRI scan is to allow doctors to look at different parts of the body without having to cut you open or use invasive procedures such as biopsies or colonoscopies in order to obtain information about those areas.

This procedure can also be used for pain management; for example, it can help doctors determine whether there are any tumors present inside your brain when headaches are experienced often enough that they begin interfering with daily life activities (such as working).

An MRI machine creates pictures of your insides using a powerful magnet and radio waves.

An MRI machine is a large, heavy, and loud piece of equipment. It uses powerful magnets to create pictures of your insides.

An MRI machine contains many parts:

● A magnet (the part that makes the loud noises) that creates super-cooled magnetic fields.

These fieldos are strong enough to align the nuclei (small particles) in water molecules and make them visible on an image called a T1-weighted image, which looks black and white on screen. The stronger the magnetic field, the brighter your body part will appear on this type of scan.

● An array of radiofrequency coils (the antennae), transmit high-frequency radio waves into your body’s tissues during imaging sequences where images are taken over time—examining a slice-by-slice cross-sectional view inside you.

The machine is big and bulky and usually has a fairly small opening for you to fit into.

The MRI machine is big and bulky, and usually has a fairly small opening for you to fit into. It’s also very loud (so turn your hearing aid up), cold (so wear warm clothes), dark (often with an option to turn on a light) and narrow.

It can be uncomfortable to lie in for long periods of time because of all these things combined, but most patients report that it isn’t too bad if you’re prepared for what’s coming next!

The procedure lasts between 15 and 90 minutes, depending on the type of scan you’re getting.

Some scans are more uncomfortable than others, but they’re generally not painful.

If you have a condition that means metal can’t be used during an MRI procedure, such as an implantable prosthetic heart valve or metal joint replacement, your doctor may suggest another imaging method such as a CT scan instead.

In some cases, even if it isn’t strictly necessary to avoid using metal during an MRI, your doctor may still choose this option because it can be more comfortable for patients who are claustrophobic or fearful of confined spaces (which is common in children).

You’ll spend most of that time listening to noises that we can only describe as “rolls of thunder” as the machine works.

The scanner makes a lot of noise, so it’s important to let your technician know if you are sensitive to loud noises or have hearing problems.

During an MRI scan, you will be lying on a narrow platform in the center of a large cylinder (it’s like being inside a giant donut).

You need to lie still for about 20 minutes while your body is scanned. If you move during the scan, it could affect the quality and accuracy of your results!

Earplugs or headphones allow you to listen to music or hear speech during the scan. Sometimes they also block out some of the sound from the machine.

Earplugs or headphones allow you to listen to music or hear speech during the scan. Sometimes they also block out some of the sound from the machine.

Earplugs are available for free in hospitals, but if you want some, you can buy them at pharmacies as well.

You may be given a contrast dye—a substance that highlights certain parts of your body—before the scan. This might make you feel warm, flushed, or sick. It can also make you feel dizzy.

Contrast dyes are used to highlight blood vessels and organs in the body. They’re used in an MRI scan to help doctors see whether there are any problems with them.

Most people won’t have any side effects from having a contrast dye injected into their blood vessels before an MRI scan, but some people could get side effects such as nausea or vomiting afterwards because they’ve been given too much of the drug; if this happens to you then contact your doctor as soon as possible so that they can treat it quickly.

Do not eat at least an hour before the scan

To ensure the best-quality images, your doctor will advise you not to eat for at least an hour before a scan, and often longer than that.

MRIs are an extremely useful tool for doctors, allowing them to diagnose and treat diseases. They’re also very common — over 50 million scans are done in the US every year.

The procedure has been around and is only getting better as scientists learn more about how they work.

Be Aware Prior to Purchasing The Party Wear Dresses?

Be Aware Prior to Purchasing The Party Wear Dresses?