by Florence Alfano
in Business
0
0
SHARES
7
VIEWS
Share on FacebookShare on Twitter
Public Provident Fund is also known as PPF and it is basically a saving scheme that was introduced by the Ministry of Finance. The main purpose of PPF is to mobilize the small savings of individuals by offering them certain investments that will provide them a reasonable return in the long run as well as income tax benefits. 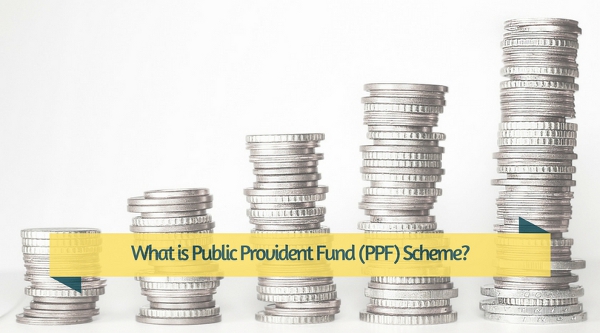 This tax saving instrument is backed by the government of India and regular interest is paid to individuals. The deposits that have been made in the PPF can be included in tax deductions and the interest accrued on this deposit is tax free.

Here are some of its lucrative features:

1) Any resident Indian can open an account with the Public Provident Fund and earn a good rate of interest that is relatively high than the normal interest that is offered by banks on fixed deposits.
2) A subscriber is required to deposit a minimum amount of Rs. 500 on a yearly basis in order to open and maintain a PF account. The permissible maximum amount of deposit is Rs. 1, 50,000. The subscriber has the option to either pay this amount as a lump sum or can make at the most 12 installments a year.
3) PPF deposits qualify for tax rebate under the section 80C of the Income Tax Act.
4) The government of the country decides the rate of interest that has to be paid to all the members that hold a PF account. This interest amount gets credited to the individuals account on 31st March every year.
5) The period of a PPF account is 15 years but this period can be extended for another year on application from the subscriber.
6) Even though the lock in period is for a long duration of 15 years, the entire PF amount can only be withdrawn at maturity. However, premature withdrawals are permitted only at the end of the sixth financial year, from the year the PF account was created. Additionally, the individual can withdraw only upto 50% of the balance that has been credited to the PF account at the end of the forth financial year prior to the year in which the withdrawal is to be made at the end of the previous year whichever is smaller.
7) Loan facility is also available to individuals from the third financial year up to the fifth financial year. However, the loan amount cannot surpass 25% of the balance that is held in the account at the end of the second preceding financial year. The rate of interest that has to be paid on the loan is generally 1% higher than the interest that is paid on the PF account.
8) The credit balance in this account on maturity can either be withdrawn or can be prolonged with or without the contribution.

An EPF checking account can be opened at any of the branches of State Bank of India or its subsidiaries or any specified branches of nationalized banks as well as post offices.

Polycystic Ovarian Syndrome – What You Need to Know

The Importance Of Yoga Student Safety

The Importance Of Yoga Student Safety