What are Nautical Charts Their Types and the Making Process?

For mariners, the most important tool is a nautical chart. Graphical representation of coastal area and sea is present in the nautical chart. The nautical chart provides information of seawater depth, danger location to navigation, coastline details, aid location to navigation, Magnetic field, and tides conditions. These charts may available in printed form on paper or maybe in computerized form. commercial vessels require to transfer electronic and paper charts. For safe navigation, these charts are of great importance. Mariners use this chart for a safe journey. Many companies are producing nautical charts and providing their services worldwide by ships. These are also providing up-to-date publications and charts of marines for a safe voyage. Hence, nautical charts business is running all around the world. In the 13th century, 1st nautical chart was made. For 100 years before magnetic compass was added to chart that was the big development in the chart. Earlier, Seamen just relied on estimations according to wind conditions. These were the plane charts. Nautical charts replace plane charts. These charts are a fundamental tool for the sea voyage. Categories of nautical charts are as follows. 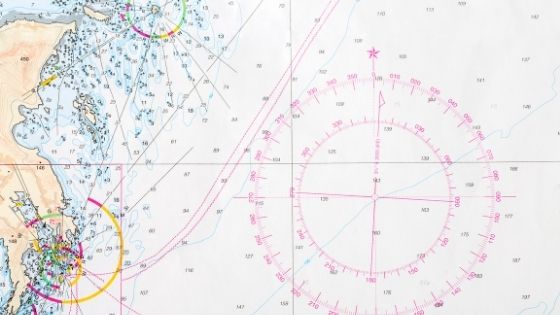 How nautical charts made

The making process of nautical charts involves a continuous process. People from different departments take part in this process of making a nautical chart. Earlier, map makers measure the depth of the sea by a simple method. But today advanced technology is under use to locate the danger in the sea and to study water bodies. Hydrographers collect this data. Hydrographers are those who are well aware of the physical properties of water bodies. By the use of SONAR technology, they capture the data for charts. This data is about the shape of the seafloor and coast. It also includes the offshore water depth. Then aerial photography also helps the pilots with the information of coast by air.

The next step is the mapping of data. Once the data is collected then the next step is to transform it into the chart form. But the task of transforming data is not so easy. As information of sea is in 3D but the chart data can be represented in 2D. By covering the globe in rectangular paper, projection can be made on paper. Some mathematical calculations are also required for projection. When data is collected, cartographers interpret data. Cartographers are responsible for making the chart that can be easy to read. As oceans and coasts regularly change due to storms. Depth of seas changes and shape of coast also changes. That’s why the quality of nautical charts changes regularly due to climate changes. In this way, nautical charts are made. These charts are making the seas voyage more easy and comfortable. Modern use of technology making the journeys safe and sound like nautical charts. Hence, navigation is improved day by day.

What is Business Attorney and its Responsibilities

What is Business Attorney and its Responsibilities