The world of sports has become a major part of the overall daily lives of most people, and that includes what they choose to do in their free times. Most people spend a majority of their day on the phone or another mobile device and they are still looking for a way to consume sports in one form or another. 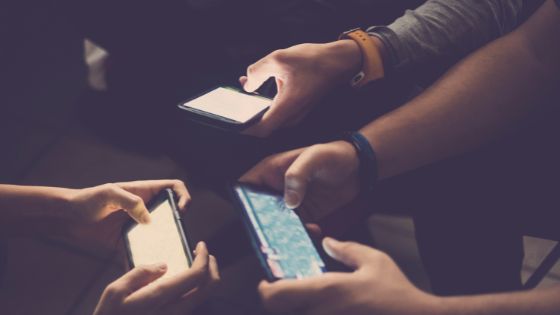 Not only can you check NFL point spreads on your phone or mobile device, but you can also play some pretty exciting sports games. Choosing the best seven sports games to play on mobile devices will include both paid and free options, and the list below is not in any particular order.

Soccer isn’t one of the most enjoyable sports to watch in some people’s opinion, but it’s a sport that works well when played as a video game. FIFA Soccer is a name that has been around for years, and the mobile game is similar to what you can experience on other formats.

Soccer is a pretty simple game to play as a video game because there aren’t a ton of different options to do with the ball. This is also played at a much faster pace then a real-life soccer game.

NBA JAM is known as one of the best sports video games of all-time, and that holds true as a mobile game as well. The graphics are actually much better this time around, but you also will still get the same great experience as you did when the game was introduced decades ago.

The same catch phrases and music can be found while playing the game and it just provides an overall fun experience.

8 Ball Pool seems to be the one major outlier on this list because it’s not a game that focuses on one of the major professional sports. This is still a tremendous sports video game, and one that can be played with any real skill level.

8 Ball Pool is a game that can be played against other people, and it’s pretty easy to figure out how to play and manipulate the pool stick.

There was simply no way that we could come up with a list of the best sports games for a mobile device and not include Madden NFL Football. The mobile version is clearly not even close to the same experience as another game console, but it’s a lot closer than you might expect it to be.

Madden has a massive following throughout the world, and creating a mobile app that can be enjoyed from anywhere was a great move, and proved to be a massive hit as well.

Similar to Madden, you just can’t leave NBA 2K off of this list because it has such a big fanbase. There is already another NBA game on this list, but this is the one that provides a similar game play to what you will actually experience with a real basketball game.

NBA 2K on a mobile device does have some limitations, but its still the same general experience that you will find when playing elsewhere. One nice thing about this game is that it is constantly updated to reflect what takes place in the NBA.

There are a handful of choices to look at when it comes to the sport of golf but, WGT Golf is the best version that is out there on the market. One of the best reasons that this is the best game because you can play courses from all over the world, and can compete against other people.

WFT Golf is not only a game that can be enjoyed on a mobile device, but you can also link your account to be played on a computer or a game console. The graphics are tremendous and you won’t ever get tired of playing a round at WGT Golf.

Baseball is one of the hardest games to produce on a mobile device as there is a lot that goes into this sport. Tap Sports Baseball is easily the best baseball game out there, and you simply focus on batting with this baseball game.

Not only are you playing quick games to try and unlock different players, but there are competitions every single day. You can compete in a home run derby or try to get walk off hits against some of the legendary pitchers of the game.

Baseball is hard to make, but Tap Sports Baseball does it right.