The things that will get your ad campaign on the route of total disaster:

None of us are born ready or knowing, but if you refuse to find out whatever you can in order to improve your business, you’re likely to meet failure in your endeavors. Mistakes are often made by people who are just starting work in a new sphere, and that’s alright. But it’s best to learn from the experience of others who have tried the same thing. This is what we’ll be talking about right now, regarding AdWords campaigns in particular. 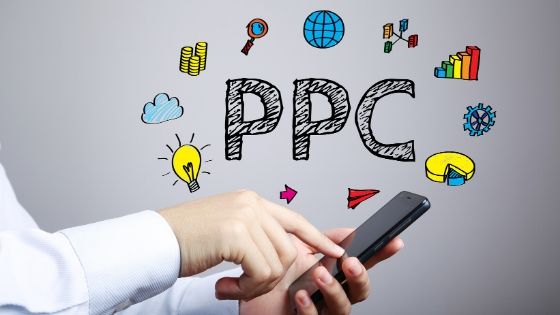 Most of the things you’re about to read will seem fairly logical and within the boundaries of common sense. But it won’t be strange if you haven’t thought about them. Google Adwords are for advertisers, who want to advertise their Ads on Google search engine and other websites. Today many websites advertise their data entry bpo services, jobs, products, business etc on the internet. Most of them rely on the facts of marketing, SEO and simple statistical research of facts and Sending marketing campaigns and merchandise updates to customers. So without further small talk, let’s start with the list.

1. Poor targeting of the users:

It is vital to think about who you want your ad to reach.  Try to think more elaborately on that question, asking and answering questions regarding your target audience. Think and analyze, do not assume. An example of assumption is someone who thinks their regular business has mostly British users, so the online store should be advertised mostly to British people. Maybe someone might want to order? Maybe your product would be even more valuable, because it can’t be found in the user’s home country? Think about that.

The basic thing you should use your AdWords campaign for should be to offer advertisement to your product, and in this way respond to your user’s needs for that particular product. Also, you should consider competition too.

So an example of incorrect choosing of keywords would be the following:
You’re running an online computer systems and parts store, and you’re including “laptop” as a keyword, which is a keyword with too much exposure, too broad. Instead why not use “Dell Inspiron power supply unit” ? It’s something far more particular and might gain you lots of conversions.
The other option is also not preferable – let’s say your store doesn’t offer “Dell Inspiron power supply”, it would be foolish to include that keyword, and direct users to the store when you can’t offer that product. They’ll visit , but won’t make the purchase.

3. Directing users solely to your homepage:

Referencing the former point, why direct users to your homepage only? Take advantage of the fact that you offer a particular product which is probably not that easy to find, and point the ad for that product’s keyword to the product page. That way the ad would yield more purchases and earn you far more money.

4. Lack or surplus of keywords in your ad text:

This mistake is fairly often done, and it’s easy to see what the problem is. One should be careful to put lots of keywords in the ad text, but not so much as to make it virtually unreadable to the user. Finding the right balance is paramount for a good ad.

In AdWords there are several types of matching – broad match, phrase match and exact match. Broad match would yield everything containing the keyword. Phrase match works as if you’ve put the keywords in quotation marks – they have to appear in the same order in the search. Exact match is exactly what it sounds –  matching to only what you specified. In regards to matching your ad to the user’s search, it’s a brutal mistake to use only broad match. Yes, in some cases it can be convenient , but most of the time you’ll just end up not having as many conversions as you would’ve liked.

6. Not optimizing ad serving for your ads:

AdWords offers one very peculiar functionality to its users- the ability to display the most popular ads more often than those who are less popular. The comparison is based on the click-through rates in AdWords. Not using that functionality is a mistake that will impede your advertising progress.

7. Failing to recognize the difference between Display Networks and Active Search:

Active search ads are those offered to the user upon entering a certain term to search in Google, while display networks have no association with the user searching for something. Clearly, one should invest accordingly, if one wants to be more successful in achieving greater conversion rates.

There’s no reason in continuously spending money on ads that are not likely to yield conversions, and thus – profit. And how would you know which ads are effective and which are not, if you don’t track your conversion rates meticulously ?

10. Not testing out different ads:

This is one of the core features of AdWords, and it would simply be overkill not to use it. Have many ads, and use custom tracking or Ad Serve to determine the best one. By no means rely on only one ad per keyword, unless you’re certain of its efficiency.

Avoiding these mistakes will save you lots of money, and also likely increase the conversion rate on your campaign. Good luck with advertising!

Managing Your Online Reputation In 2020

Managing Your Online Reputation In 2020