The Rise Of Prescription Drugs And Its Effects

by Florence Alfano
in Health
0
0
SHARES
3
VIEWS
Share on FacebookShare on Twitter
Many people who are battling with prescription drug addiction will argue that they have a genuine intent behind using the drug. But the fact is that, despite the reason, those who are affected by the abuse have a severe drug problem. 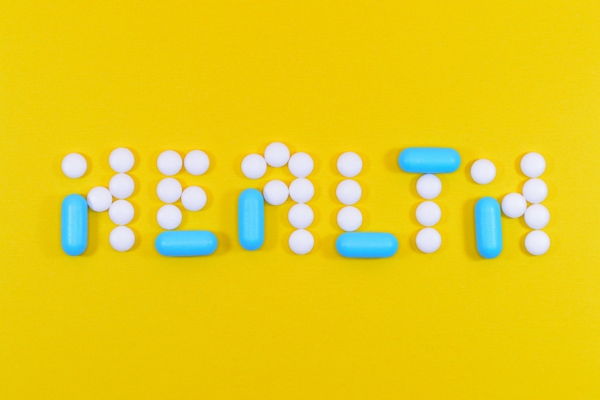 Prescription drug abuse has grown to be a critical trend that has been increasing drastically among every group of the population, especially among young people.

A report from the National Institute on Drug Abuse claims that prescription medication is the second most abused drug category among American college students.

The National Institute on Drug Abuse also reported that about 48 million people (from the ages of 12 and older) had used prescription drugs for nonmedical intentions in their lifetime. That number shows about 20% of the U.S population. This has become difficult to control among the youths because even if they can’t buy drugs, most young people get them from their parents, grandparents or friends.

So What Is Drug Addiction?

Addiction is a chronic brain disease that usually occurs repeatedly. It triggers obsessive drug seeking and uses irrespective of the negative effects on the addicted person along with everyone around such individual.

The abuse of drugs, including prescription drugs, causes changes in the way the brain appears and works.

People initially do accept prescription drugs voluntarily. But with time, there are changes in the brain due to prolonged drug abuse that alters a person’s self-control and capability to make reasonable decisions. While this continues, the person begins to possess extreme stimulation to take more drugs.
Drugs such as Adderall and Ritalin were made primarily for people that are diagnosed with ADHD, but lots of people who do not have this malfunction are using these pills recreationally. This situation is true for college students that have noticed that their academic productivity is better by abusing these drugs. But they won’t care to know about the dangers of Adderall and some other stimulants before using them.

There is a problem when people use these drugs and do not have ADHD. They will have an excellent focus, alertness, concentration, and more energy, making these drugs helpful for college students. They can study, understand and remember what they learn; some can write excellent papers, and stay up for hours with the help of these drugs. The downside is that the vast majority of people abusing stimulant type of drugs like Adderall will end up becoming addicted to them.

They begin to have the impression that, they will no longer excel in their studies, their GPA will drop, and studying will no longer come with ease without these drugs.

Many youths weren’t drug users before, and people would hardly think about using anything like cocaine, speed or heroin. However prescription drugs are a different case. They are from doctors, although they may have been recommended for someone else. Some will also believe that it is a traditional part of the college experience and this is the reason why drug prescription abuse is rampant among students.

Students easily reach drugs like Adderall and Ritalin, which is another factor for the increased rate of drug abuse. At first, the body would seem cool from these drugs and then it becomes addicted. Then the psychological dependency kicks in, which makes people who use them feel like they cannot function well without more of the drugs.

Some prescription drug categories that are commonly used

The following three categories are listed below as the most highly abused prescriptive drugs according to the national institute of drug abuse.

Opioids
The categories of drugs in this class are used to treat pain. They don’t prevent inflammation, fight infection, and give an actual tangible physical change to make people feel better. But, these drugs usually trick people in pain into overlooking their symptoms of distress. Their illnesses are much in place, but they’re only easier to ignore.

Opioids operate by repairing with chemical levels inside the brain. The brain cells usually release some specific chemicals called, dopamine, when something pleasurable or pleasant is taking place. Opioids activate the brain to generate a lot of dopamine, so a person using the drug will feel happy, relaxed, or rewarded, while something harrowing is happening.
That particular boost of reward are often remarkably addictive, people who take such drugs often need an increasing amount of them to feel that related level of boost which makes opioids to be very unsafe.

Central nervous system ( CNS )
Depressant Drugs under this group are known to reduce the functionality of the brain. Most of these drugs, based on Psychology Today, function by changing the brain neurotransmitter gamma-aminobutyric acid (GABA). This substance is needed in the brain’s communication system. Once their levels are dropped or altered, the cells won’t be able to communicate with one another adequately, and the whole system decelerates. Mental health problems like anxiousness or fear disorder can benefit from this decreasing.

When people with these disorders sense an attack coming, they will use a drug that relives brain performance, and that can help them to retain a psychological balance, instead of turning off into anxiety. But tinkering with brain chemicals is risky, and laboratory tests recommend that altering GABA pathways may easily result in a boost in dopamine which implies that those taking these depressants can often feel sedation and delight simultaneously. It can intensely be pleasurable, and it can lead some people to use this medication recreationally.

Central nervous system ( CNS ) stimulants
Clearly with the name, the drugs in this group usually boost or quicken the brain. That speed happens because of an added release of or blocking of reuptake of different brain chemicals that have to relate with reward, concentration, or focus. While it’s practical to believe that these drugs cause people to feel jittery, people who have a mental ailment that disrupt focus are likely to have a silly reaction to the effects these medications can produce . With such people, nearly all days are full of twitching, nervousness, and anxiety. When they use CNS stimulants, they become a lot more focused and conscious. They may get things done that they indeed by no means could finish in the past. For people with mental ailments that take advantage of CNS stimulants, abuse is occasionally an issue. For instance, in a report of young people with ADHD, published in the Journal of the American Academy of Child & Adolescent Psychiatry, only 22 per cent of users are known to misuse their medications. Most benefited from the drugs appropriately.

Mobile App Engagement – How Important It Is?