by Florence Alfano
in Business
0
0
SHARES
4
VIEWS
Share on FacebookShare on Twitter
There are lots of paperwork important when shipping goods from a place to another. The most important document among them is the Bill of Lading or BoL. The word lading came from the English word “Loading”.Let us know about Bill of Lading in detail. 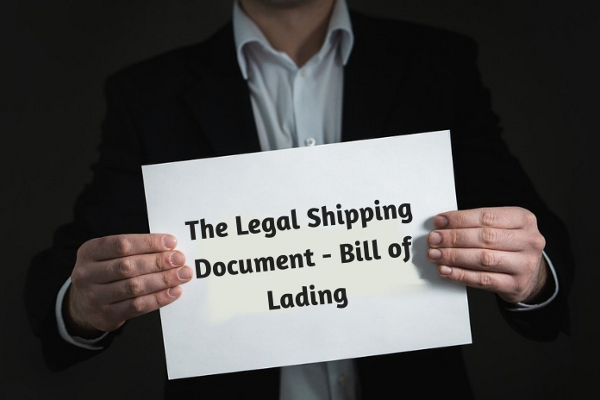 Bill of Lading is the most common yet the most important document when we ship goods from source to destination. BoL is a legal tender issued by the carrier to a shipper for transportation of the shipment. Freight Assist Sydney tell us that many people confuse the freight bill with a BoL and use the terms interchangeably. However, this can be a critical error, as the BoL is the legal transfer of delivery, and a freight bill is an invoice that is only paid once the BoL is fulfilled.

What Bill of Lading actually contains??

Bill of Lading contains the information such as:

The contract acts as an evidence that the shipment is assigned to the specific individual. This contains the details of the amount, type of goods being shipped along with the destination address. This might also contain the condition of the shipped freight.

The receipt contains the confirmation whether the goods are properly loaded into the shipping vessel.

Title of goods is noted as it is required to ship the goods to the consignee.

The Bill of Lading also contains information such as:

1. The name of the carrier and their signature or any legal representative of them.
2. Date of loading the goods into the vessel.
3. The place of Source and Destination.
4. Terms and conditions to be followed to handle the shipment are listed as a document.
5. The detailed information of the goods such as value, count and weight of the goods.
6. The name of the consignee.

Different types in Bill of Lading:

Straight BoL is used when the payment is fully paid and the shipment is shipped directly to the customer. This type of BoL is non-negotiable.

Shipper’s order BoL is applicable when the shipment is purchased on credit. The transaction process occurs via a bank. This BoL is negotiable. The customer needs the original or copy of BoL to access the shipment.

Air Waybill is used when the goods are transported through the air. This is non-negotiable.

Inland BoL is issued when the transportation is done via rail or roadways.

Multimode/combined transport BoL is a document issued when the shipment is transported using more than one mode of transportation.

A through BoL is similar to multimode/combined transport BoL. This is issued when there exists more than one distribution centres and uses more than one mode of transportation.

Switch BoL is used during foreign to foreign shipments where the supplier details may be kept private. There are two sets of bills switched to protect the information.

Why is BoL important??

BoL is important for safe transportation of goods from one place to another. Bill of Lading serves a legal document which helps the carrier to process the cargo according to the original contract terms set by the shipper and career. Inaccurate BoL can limit the carriers from claiming the goods and also lead to criminal offence.

Since BoL contains lists of all goods along with the details, this document can be used in negotiations. Some types of the BoL can be endorsed and transferred to third parties thereby giving access to different parties in the route to control the cargo.

Bill of Lading can also be used when the buyer hasn’t fully paid for the shipment. BoL is used for negotiation and can be kept until the terms of sale is finalised.

For many years the bill of lading has been issued in an A-sized paper. In the modern age, there is a need to put an end to the conventional and inefficient way of issuing the BoL. So, e-BoL came into existence. Now, this is easy to take anywhere. This can be accessed via mobile devices. In the world of e-commerce, it is important to find an alternative to this conventional bill format.

The e-BoL and paper BoL does not imply the same data. The e-BoL contains even more information about the shipment. The e-BoL cannot be issued in several copies nor cannot be signed. However, is e-BoL an effective replacement to paper BoL?? The answer is “Yes”. The main aim of e-BoL is to replace paper BoL, but it cannot perform the same function as a paper BoL.

The law has already made several attempts to create a new legalised structure for using the e-BoL. Some of the attempts have been the result of independent efforts of non- public companies, while some have resulted in the co-operation of various international organisations.

The BoL does not have the characteristic of a negotiable document. If a bill of lading is stolen or endorsed without the shipper’s approval, the receiver cannot acquire the rights to the goods represented by the bill.

Author bio:
I’m Radhika Jayachandran, Director of Logwiz Institute of Shipping & Logistics, Chennai. I have been in Logistics sector for more than a decade. Hope my article is useful for everyone.