The Impact of Automation on Employment

Automation is the process which performed with minimal human assistance, this is also called as labor-saving technology. Automatic system uses the control system for operating machinery or any processes in the factories, boilers. A controller compares the measured value of a process with a desired set value and processes the resulting error signal to change the input to the process. Automation is used to process any task with the help of software or machine. Automation can be simple or complicated depending on the application. 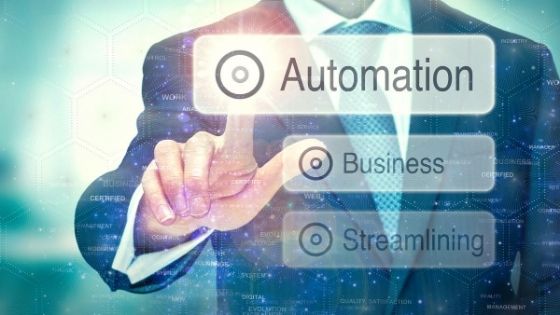 There are various automatic machines which are used in industries for example – 3D printing, Autonomous Vehicles, Machines used in Hazardous environments, Software automation also plays an increasingly critical role in the working lives of humans.

Automation has impacted the world and will increasingly impact for the next few years. There are various types of Automation –

The MIT Technology has checked all the repost published in between 2013-2017 on Job losses due to use of Automation as it replaces the man forces with smart systems.

As per the reports given by MIT world will lose 1.8 million jobs up to 2020-21, after 10 years the figure may increased by half million or more. Job lose due to Automation can be seen in almost 32 countries. It claims that one job from two influenced by the Automation.

The jobs which have most impact are from Manufacturing, Agriculture as well as low level service sectors. Most of the works are automated now.

As per the report submitted by UK Government briefings for the impact of automation on jobs innovation in technology never results in long term unemployment but it provides the employment in another professions. It has the potential to transform future jobs and have the great impact on labor force.

Automation in manufacturing makes the best quality products, reduce the number of labor required for the production.

The Computing power, Artificial intelligence, Robotics have created the potential for the Automation.

The Government of India is providing financial assistance to the exporters in the form of incentive schemes. Government launched various export benefits to offset infrastructure inefficiency and associated costs involved into export process. Under MEIS Scheme exporters can avail the incentive on the eligible exports in the form of license which can be adjusted in payment of customs duty.

On 13th March 2020 Government approved the RoDTEP scheme which will reimburse all the duties and taxes on the export products which is as per the norms of World Trade Organization (WTO).

How Technology has helped to apply for Paperless Personal Loan?

Why You Need A Roof Inspection?

Why You Need A Roof Inspection?