Take Nature vs Nurture to the Extremes

by Florence Alfano
in Health
0
0
SHARES
14
VIEWS
Share on FacebookShare on Twitter
There are many young adults who were raised with the mentality that they’re better than others in every way. Their parents made them believe that they’re perfect in every way and whenever they did anything wrong, there was always an excuse provided for them. This doesn’t help people to learn how to face the real issues that arise later on in life.

If you have recently realized that you are guilty of being a codependent parent and know that your child is headed down the wrong path in life, you need to take steps to help them establish their independence and hold themselves accountable for what they do in life. The following guide provides tips on ways that you can start making a positive change in the relationship between you and your adult child. 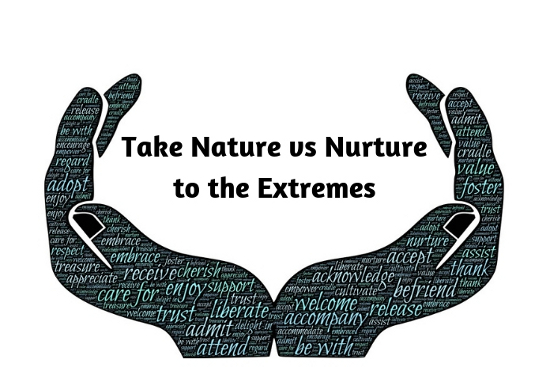 It’s important for your child to know that there are repercussions for their actions. When you ask why they did or didn’t do something, don’t accept excuses from them. If they claim they forgot, ask them what was more important. If they say they’ll do it later, have them do it right away. Allowing them to push off things until later when they don’t have anything currently going on reiterates that it’s fine to be lazy and to procrastinate.

Don’t Bail Them Out of Trouble

Bailing your child out of trouble can refer to two different things. It could mean helping them to get out of a financial bind or any other struggle in life. It also can mean literally bailing them out of jail. Both situations should involve no assistance from you. If your child has done something to get arrested, allow them to suffer the consequences by sitting in jail until they’re able to be released. If they have fallen into a financial hardship, have them work to earn the money they need. If you want to offer any assistance, find jobs around the house they can do to earn money, but don’t just give it to them. It’s important for them to know that you have to work hard to earn a dollar.

Don’t Pay for Everything for Them

Once your child has graduated from school, they should get a job and pay for things on their own. If they have chosen to stay under your roof, they should have to pay you to stay there. This is a hard concept for some people to follow because they don’t feel it’s right to charge their own child to stay in their house. If you consider that your child will have to pay for their own home one day, charging them a small amount for room and board at your home, should seem more reasonable. You could save the money that they give you and give it back to them as a housewarming gift when they move out on their own. Charging them rent allows them to learn how to budget the money that they get and can help them to be more financially responsible in the future.

Help Them Establish a Budget

Many young adults make the mistake of getting a lot of credit cards when they’re first starting out in life. This causes them to fall into financial debt that can be hard to overcome. Many of the credit cards offered to young adults have an exorbitant interest rate and can be very difficult to pay off because many people can only afford to make the minimum payments each month. It’s best to teach him or her how to establish a budget and to stick with it. You want them to be able to pay their bills, save money and be able to enjoy the fruits of their labor too. Having a budget can make it easier for them to be able to stay out of debt as much as possible.

Have a Hard Rule Against Drugs

It’s important to know that if your child is caught selling or using drugs in your house, it could be a huge issue for you. The police could raid your house, causing major damage to your property, which you would in turn have to pay to have fixed. Let your child know that there’s a rule against drugs being used or even brought into the house and a single violation of that rule will result in him or her being kicked out.

Require Your Child to Go to Rehab

If you find out that your child is addicted to drugs, but isn’t using them in your house, let them know that they’re going to have to go to rehab to get help. This is a point where as a parent, you can offer assistance. Try to find a rehab facility that will take them and let your child know that you are going to support them through the struggle. Knowing that you love them no matter what and will be waiting to support them even more when they finish the rehab program could be inspiration to overcome their addiction. The facility will evaluate your child’s situation and determine which treatment is best for him or her. Outpatient or inpatient treatment may be required, but getting the right treatment for his or her needs is important.

Coddling your child and providing them with everything they want and need once they’re an adult doesn’t help them in the long run. It can make them entitled, self-absorbed, arrogant and hard to work with in a work environment. People with these qualities often sit stagnant in a mundane position at work because no one wants to be around them or they’re too difficult to work with on tasks. Teaching your child to take care of themselves, to be independent and to show humility can be the best way to help them in the long run. It’ll be hard sometimes, but just remember you want to give them the best start in life possible and holding their hand in their twenties isn’t going to be the best way to do that.

Higher Education: The Path to develop a Career

Higher Education: The Path to develop a Career