Mineral crystal fragments known as gemstones are used to adorn jewelry and other products. There are also some non-mineral rocks and biological compounds that are utilized and regarded as jewels. These gemstones are selected for use in jewelry production and other adornments because of their exceptional beauty, rarity, and toughness. 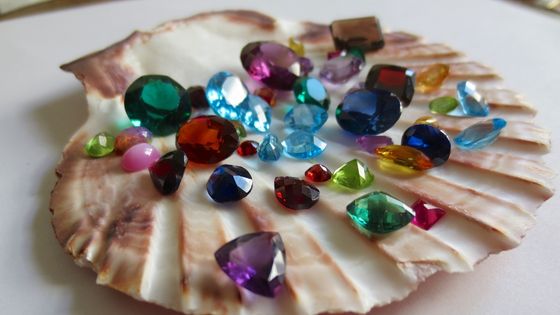 However, to improve their appearance, faceted stones are frequently cut, polished, and occasionally treated. This is especially true of gems used in fine jewelry. As a result, they frequently have a drastically distinct appearance from the mined natural stones.

The most well-known gemstones that you can add to your gem collection are briefly described here. –

It is one of the few jewels that only comes in one color, green, and was known by the ancient Egyptians as the “gem of the sun.” Although these jewels come in a variety of colors, from yellow-green to green with brown undertones, vivid lime green is the most sought-after.

The banded variant of the mineral chalcedony is known as onyx. Because of its excellent texture for carving, the ancient Romans and Greeks frequently employed it to make cameos and wax seals.

There are many distinct colors of garnets, but the red garnet is the one that is most well-known. This stone has been a favorite for ages since it is fiery and passionate. Archaeologists have uncovered garnets in jewelry that predate by more than 5,000 years, so we are aware of this. Garnet stones have a long history of folklore and were previously supposed to ward off danger for travelers

Another common gemstone used in jewellery production is topaz. Different hues of brown, yellow, green, blue, red, pink, orange, and purple are among its available tones. Quite frequent and oftentimes mistaken for diamonds are colorless specimens.

A warm, yellow-toned type of quartz is called citrine. This semi-precious stone is frequently mistaken for topaz because both are birthstones for November, just like tanzanite, turquoise, and zircon gemstones are December birthstones.

The costliest form of the mineral quartz, amethyst can be found in a range of purple tones. This semi-precious stone has been referred to throughout history as the stone of wisdom (Ancient Greece), love (Middle Ages), and sobriety (Middle Ages) (Renaissance). It is thought that St. Valentine wore an amethyst ring with a carving of Cupid on it.

A highly distinctive and lovely gem variation is the black diamond. Black diamonds are striking and enigmatic, especially when set in a simple setting or combined with white diamonds.

The blue sapphire also referred to as the jewel of honesty and faithfulness, is one of the most widely used gems for engagement rings. One of the most well-known owners of a blue sapphire ring was Princess Diana. The Duchess of Cambridge currently wears the exact same ring.

Ruby rings can be red, orange-red, or purplish-red in color. Because of this, heat is frequently used to enhance the color and clarity of rubies. Under incandescent lighting, they also have a deeper crimson appearance.

A variety of beryl called emeralds is a member of the same family of colored gemstone minerals as aquamarine. As a result, emeralds come in a variety of colors other than only green since gems with a greenish-blue hue are also accepted. The value of an emerald is, however, mostly determined by its color, and the more vivid and vibrant the color, the more valuable the gem.

Diamonds are a sort of precious jewel, despite the fact that they are frequently classified as a separate category of well-known gemstones. Diamonds are the most widely used gemstone for engagement rings because they are exceptionally durable and bright and represent enduring love. The ancient Greek term “Admas,” which meant something that was indestructible or unbeatable, is where the name “diamond” originates.

5 Things To Consider Before Getting A Beard Transplant Or Filling

5 Things To Consider Before Getting A Beard Transplant Or Filling