The advent and popularity of the card games like poker has given players a chance to earn big with this game. Ever since it was released in 2003, the very same year, it managed to earn 82 Million USD as its revenue, while the same story repeated with higher figures and in 2005, it managed to win a huge money of 8.4 Billion USD. Well, with such wealth as its revenue generated by online poker games, more and more people are seen getting attracted to this game. India is also not lagging behind, although it did play games with a little bit of delay, but the way it has gone up in terms of popularity, we see many online platforms flourishing on the web landscape. 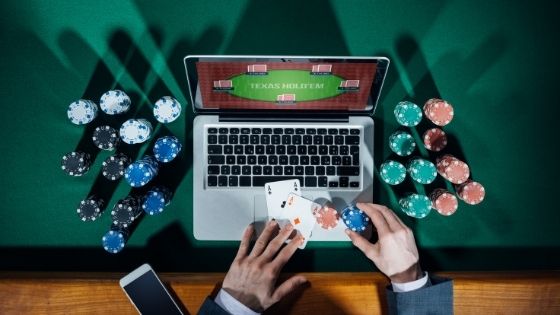 One such online portal is none other than PokerBaazi.com. It has earned a big name in just a few years and thus it is no surprise to see them organizing one of the best kinds of online poker tournaments called National Poker Series often denoted like NPS. The tournament is all set to start from 13th June and it will last long till 27th June, which means it will be a 15 days of fun and entertainment for the poker players who are willing to try their luck on this website and thus enjoy the best. This is the debut digital tournament to be organized by any portal or group in the country. This has therefore given some of the best opportunities for all.

Thus for the 15 days, you are likely to get more and more people coming along with some of the best outcomes and the total prize money worth would be around 15 Crores INR that comes as an assured prize and gifts to be won in this tournament. But do you know you have more than this, the top three players in this tournament would get the chance to represent India at the top casino and poker hub of the world, yes, you guessed it right Las Vegas the mecca for the poker lovers and other game players. The daily free rolls for the earlier day participants will be getting the special Sit ’N’ Go tournament for marquee winners, which means the tournament is very much enterprising and worth winning.

Interestingly this is among the few poker card games, one can choose your own path and thus the road you get to see over the NPS would unleash some of the best things to offer by 3rd June. One can find tickets worth 1.2 Crores along with many more things to offer. You can also start buying the same with as low as going for 55. All you need to start is with the help of a deposit code, which starts from 250. Well, this can be a big run that comes along with the golden rush of the country Indian poker. With the NPS, one can get the chance to find out your seat to glory. So, are you interested in being a part of this online tournament? If yes, why not explore the website – https://www.pokerbaazi.com/tournaments/national-poker-series.