by Florence Alfano
in Health
0
0
SHARES
3
VIEWS
Share on FacebookShare on Twitter
An Atlanta resident who recently learned about his coronavirus status gave his story on the difficulty he had to endure when getting his test results as well as treatment.

Billy Roberts, 46, had tested positive for coronavirus last Thursday. Still, he didn’t know of his fate until he came back from a concert in Los Angeles. 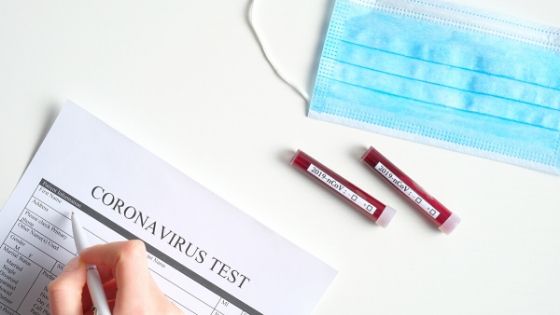 On arrival, Roberts learned that a Transportation Security Administration agent at L.A International Airport was diagnosed with the virus. However, Roberts did not show any symptoms until 12 days later. The symptoms he exhibited were high temperature and shortness of breath.

You can find some of the latest information about coronavirus at usavemd.com.  visit the site today.

“I took it as nothing initially. I really didn’t see any reason to be afraid, as I didn’t read too much meaning to the symptoms,” he said. “Then came the body aches, the fever, and dry cough.”

Roberts decided to see the doctor the next day. The doctor took the necessary precautions suspecting that Roberts has contracted the virus. They tested for flu first, and the results came out negative. When it was time to carry out the coronavirus test, he had to take in the neighboring office, due to lack of testing kit in his doctor’s office.

As soon as Roberts got home, he started to self-isolate. However, a few days later, he had to revisit the hospital because of severe respiratory issues.

On getting to the hospital, Roberts made his way to the emergency room. He noticed a sign outside cautioning those who showed symptoms of the coronavirus. Roberts was taken to an isolated room with an air purifier and a functioning air conditioning service.

A nurse came in to confirm that Roberts was 99% positive, although they would need to carry out a test to confirm it. Roberts said he noticed the nurse demeanor changed as she explained her findings to the doctor.

However, it took another 6 days for Roberts to get his test results back. The result came back positive to Roberts’s delight. He said we were happy with the results because it would make his family take the coronavirus more seriously.

Following the news, he had to get in touch with the people he had drinks with at the bar, gym, and so on.

One of his friends he spent time with started showing symptoms of the disease.

“I was scared for him,” Roberts said. “If I had known I had the virus, I wouldn’t have gone out of the house and expose many people to it.”

Roberts also talked about the stigma that comes with the virus.

“You feel neglected, and people start looking at you like you are dirt,” he said.

Roberts is in a stable condition, and he says as soon as he is out of isolation, he hopes to get his life back.