by Florence Alfano
in Technology
0
0
SHARES
1
VIEWS
Share on FacebookShare on Twitter
Android is used the most by the smartphone users except iPhones and is recognized as the biggest platform for all kinds of apps. Being an open platform has made Android prone to vulnerabilities too. It is why users of Android platform must have something on their mobile devices to protect the hardware and software installed via this framework. You should have an antivirus or security app to detect and remove all possible vulnerabilities. In this post, we are going to discuss 7 free antivirus app for android phone, which you can install on your phone to protect it from theft, malware and other possible attacks. 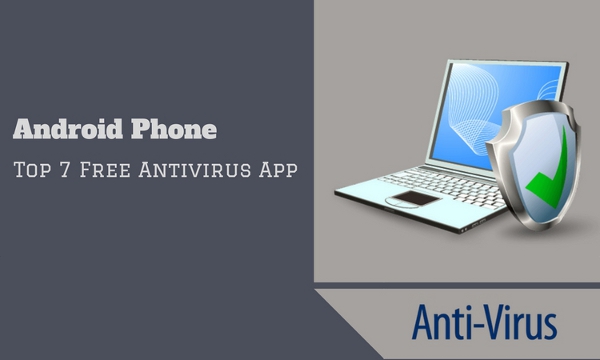 Avast is an antivirus giant in the market, serving its users for years. This application was once paid, but has been made free from the past couple of years. The free version is supported by ads though. It provides call blocking, anti-theft and firewall features to protect a phone from unwanted calls, malware and can even remotely lock or wipe your Android device if stolen. Its premium version is even better with VPN feature and a password management solution for extra security. Also, it is ad-free. In addition, you will get an “in-app locking” feature which will prompt whoever is using your phone to enter a PIN set by you to open particular apps. Here are the tips for avast cancel auto renew, if you want to cancel it.

With a minimal impact on your operating system, Bitdefender Antivirus can do wonders for the security of your phone. It is a great product for the best android application uses! An easy set-up to install this security app on your future; and once installed, all the apps that you download on your phone will automatically get scanned. Unlike other apps that run in the background, you will have to operate it manually when performing a scheduled scan. It is designed lightweight to have minimum impact on the platform used by your Android device. However, there is an only 14-day free trial period for this security app. Fortnight security matters too!

The winner of AV-TEST, AVL is so far one of the best innovations of mobile security is available for Android users and is a free antivirus app for android phone. Using AVL, not only you can detect all the files entering into your device, but also get a robust antivirus database. Call blocker feature and anti-phishing features are also provided to stop unwanted users to call you and to stop harmful websites to enter your device.

A popular security brand, McAfee is known for its popular security software for desktops. But, it has an incredible app for mobile users as well. With features like anti-theft, anti-virus scanner, device-tracking, McAfee Security & Power Booster app is an ideal security solution for your phone. You don’t have to worry about the phone’s security as it tracks your device and can even click the picture of whoever has stolen your phone. You can even blacklist specific users to stop receiving unwanted calls. This app also offers scan-schedules and prevention from malicious websites.

Though the free version is supported by ads, you won’t feel any issues with this security app on your phone. It detects even strong malware and prevents them entering into your phone. It has an inclusive interface, which you can use to perform a scan on your Android device. Kaspersky app will also block all the malicious sites or links that can affect your phone’s performance. This app is a perfect way to simplify the security management as everything is done automatically.

This application is also award-winning security app used worldwide. Unlike other security application, Sophos Antivirus & Security app doesn’t contain any ads. What it does is block the websites that contain spammed content so that your phone isn’t harmed. Sophos carry out automatic scans to ensure all the apps are scanned from possible threats before entering into a device. If there is a malware, you will be reported immediately. In addition, it offers a one-time password to enable two-factor authentication security on your phone.

Norton is well renowned in the computer security market, and it is also making good use of Android app development services. A couple of months ago, Norton was proved to be security software that can detect 100% Android malware. Norton Security & Antivirus app is a free antivirus app for android phone and a robust solution for anyone looking to provide a 360-degree security to their phone. You can lock your phone via an SMS when you think there is a threat to your phone security. There are many other features that are given to you for free.

Norton antivirus provides a free trial for 30 days where you can use all its premium tools. If you like the Norton tools then you can purchase the plan otherwise you can try another plan of Norton antivirus. This security software also has an auto-renewal plan where the antivirus gets renewed automatically before the expiry date. Using the auto-renewal service assures that your system is never vulnerable to threats. But if you don’t want to use that plan of Norton but it gets auto-renewed then can get the refund. Cancel the subscription within 30 days and then ask for a Norton antivirus renewal refund. You will get your refund within a week.

Conclusion
Even other apps exist in the market to provide security to your phone, however; these 7 are the handpicked best so far for the uses android application. The free versions are also great, but as free isn’t dearie, you will probably need the premium version too for extra benefits.