by Florence Alfano
in Food
0
0
SHARES
16
VIEWS
Share on FacebookShare on Twitter
We all consume food. It’s no rocket science to understand that we can consume very few foods directly in the form in which it is obtained from nature. For instance, we get rice from nature but it needs to be milled before it becomes fit to be cooked and consumed. Likewise, wheat needs to be converted to the flour before we make wholesome bread and other edibles from it. All this is achieved by the size reduction of food while processing them. 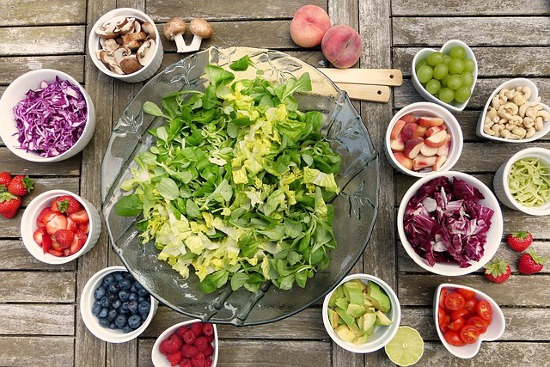 What is the size reduction of food?

A widespread and multipurpose operation in the food processing industry. Size reduction is the way of reducing the size of the coarse and large solid food particles into smaller and finer particles to make them more eligible for consumption and digestion. This is achieved by the application of mechanical forces using different methods and techniques adopted by various size reduction equipment.

Depending on the type, size and various other factors, several methods are deployed to get the desired output. In a broad perspective, four types of mechanical forces are used. They are:

All of these are energy-intensive processes and you have specialized size reduction equipment in the food processing industry to execute them. For instance, crushing rolls work by using the compression force while a hammer mill uses mostly the impact force.

Now that we know of the forces that are applied let us walk through a few of the common methods used for mechanical size reduction of food particles.

Cutting – It is a popular method of reducing the size of various food particles in various sizes. For instance, it is used after the meat has been slaughtered to split the carcasses and eliminate all unnecessary appendages, including bones and excess fat. You have several specialized size reduction equipment for it like a bowl chopper. It has a large shallow bowl that revolves underneath a sharp, rotating knife.

Slicing – You can get standard chunks of material by using this method. Most of its equipment has rotating blades to shred food as they pass underneath it. On many occasions, the food particles are also hard-pressed against the blade using the centrifugal force. You can see its example in the sugar industry where sugar beets are sliced to make ‘cossettes.’ Another form of it is dicing which is specifically used for fruits and vegetables.

Chopping – Here, the food particles are reduced to minute particles. The technique is used on all kinds of food and specifically meat, fruits, and vegetables. Equipment for it often has a large rotating bowl in which the food is placed. Here, they come in contact with high-speed rotating blades and are chopped into fine particles for various food preparation. For instance, meat is finely chopped using this method and then used to make sausages, etc.

Mincing – The size reduction of food particles smaller than that of chopped food is referred to as mincing. It is often used to bring about a homogenization. For instance, meat is minced using a meat grinder. Mincing equipment generally have a screw press with a cutting plate that serves as an outlet. Such equipment generally facilitates both cutting and extrusion of meat.

Pulping – This process is almost similar to mincing. But while mincing is predominantly used for meat; pulping is used for fruits. Here the fruit is first broken using a movable tough surface and then the pulp is squeezed to a homogenized mass. The process is also commonly used to extract the juice from various fruits and separate its pulp.

Pressing – This method is also used to extract the juice and oils from the food particles. For instance, freshly harvested grapes are pressed to extract their juice from which wine and other alcoholic beverages are prepared.

Processed food acquires a better taste and is easier to digest. You not only get industrial-grade appliances for it but also those made for use at home. Regardless of its size, the method used remains the same.

How to Plan the Best Wedding Reception Party in Lafayette, LA?

How to Plan the Best Wedding Reception Party in Lafayette, LA?