Everything About the Translation of French Birth Certificate 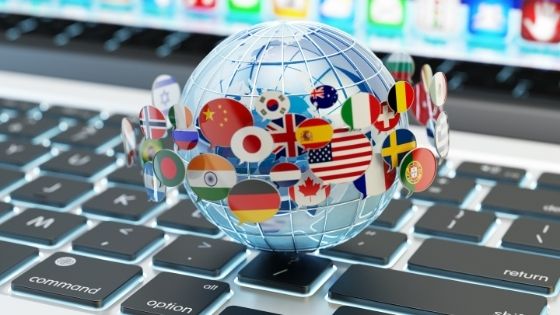 France is popular for its excellence in science and art. Most people visit France just to explore it while a large number of people travel to France to take admission in the academic institutes. If you are traveling to France as a student, the translation of birth certificate becomes important. On the other hand, most people need translations of their birth certificates from French into English for several purposes, such as applying for immigration to the UK.

Today’s post highlights everything about the translation of a French birth certificate. You will get to know why it is important to learn French when you are visiting France and how the French language is different from other languages. So, read on till the end!

Is it important to learn French when you are visiting France?

Absolutely yes! It is always a good idea to learn the official language of the country which you are visiting. And in the case of France, you must learn French!

We all know that France is said to be one of the top tourist destinations in the world, keeping in view the statistics of people who visit France. Do you know more than 87 million people visit France every year? Yes, it is true! If you are planning to visit different areas of France, you must learn French. Why? Because French is said to be the language for higher education, travel, culture, and the job market in France. It is quite fun to learn, as well. It is always good to learn a few useful words and phrases in French. If you visit France to explore it and you know French as well, your trip will become much more enjoyable. Not only this, but you can also get to know about the literature and culture of France. If you want to visit France for study purposes, then speaking French can open many opportunities for you as a student.

How the French language is different from other languages?

If we compare French with English, although both languages share some similarities, there are some differences as well. There are a few words that are pronounced the same in the two languages, but such words have different meanings. Moreover, there are differences in the pronunciation of various letters, especially R and vowels. Silent letters exist in both languages, but not the same letters are silent in the two languages.

The French language is also different than Spanish in many ways. For example, the grammar in French is a bit easier than that of Spanish. Both languages have different pronunciation systems, as well. The words in the French language are easier to pronounce, while the spelling of such words in Spanish is easier. Comparing French with the Italian language, the subject pronoun is written in Italian but not used in speaking, whereas, in French, it is written as well as used in conversation. As in English, the plural form of a word is created by adding S at the end; similarly, in French, S is used to create plurals of the word. On the other hand, instead of adding S, irregular plural forms of a word are created in Italian.

If you are looking for the best translation agency in the United Kingdom that can translate your French birth certificate, it is time to get in touch with Kings of Translation. Professional and quality work, better customer service, and a strict quality control process is what makes us apart from other translation agencies of the UK. At Kings of Translation, we have a team of certified translation specialists who have the experience and the know-how to get the translation job done in the right manner. They have successfully translated many birth certificates.

A birth certificate is the most common type of document we see. So, we have years of experience translating the birth certificates. Our translation services are used by thousands of individuals and businesses every year.

So, what are you waiting for now? Get your French birth certificate translated by Kings. Ring to us or contact us through email – trust us, we will never disappoint you. Here is our contact number and email address.

3 Tips for Success in Maze Rooms

How to Design an Apartment Kitchen

How to Design an Apartment Kitchen