Normal sadness is different from depression in that the latter interferes with your ability to work, study, eat, sleep, and enjoy yourself on a daily basis. When you’re depressed, your feelings of worthlessness, hopelessness, and helplessness might be particularly strong and unrelenting. The signs of depression in males discussed in this section don’t always indicate depression; they can also be a normal part of life’s ups and downs. However, the more symptoms you have and the longer they last, the more likely you are to be depressed. Seek consultation from the Best Psychiatrist near me at TalktoAngel for depression in men. 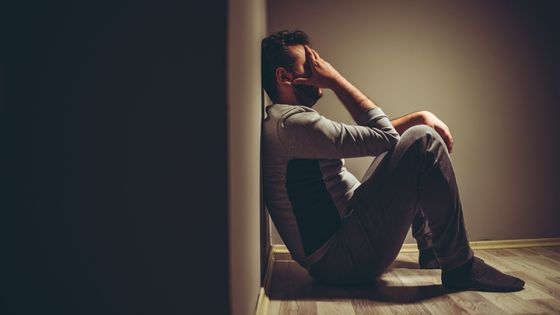 Male depression is common. According to the American Psychological Association, 30.6 percent of American males suffer a depressive episode in their lifetime, and 9% of men are estimated to experience depressive or anxious feelings on any given day. A mood condition known as depression impacts a person’s thoughts, feelings, body, and behavior.

The fact that men are less likely to be diagnosed with depression may be one of the causes of this. Suicide risk is significantly increased by depression. It can help to make people and others close to them more aware of depression. The first step to healing is realizing that you’re depressed.

Signs and symptoms of depression in men

Consequences of untreated depression in men

Men’s depression can have disastrous effects. According to the CDC, suicide rates among men and women in the US are three to four times higher respectively. Men make up a startling 75% to 80% of all suicides in the United States. Even though more women attempt suicide, more men actually succeed in taking their own life. This might be because men are more likely to employ aggressive and lethal methods of suicide, such as using a pistol rather than taking an excessive amount of pills.

Male depression may be misdiagnosed by a physician. Men may be more prone to report physical problems than emotional issues, such as trouble sleeping. As a result, the physician can make a mistaken diagnosis. Additionally, frequent emotional or behavioral indicators of depression in men may be misinterpreted by people. Instead of seeing anger as an indication of sadness, they can view it as a personality attribute. They might also misjudge the motivations behind a person’s increasing risk-taking or drug usage.In a 2013 study, criteria were applied to account for how men and women experience depression differently. Researchers discovered that depression was equally common in both sexes.

Treatment options for depression in men

The most common methods for treating depression are talk therapy, medication, or a combination of the two. A medical expert can assist in developing a treatment strategy that is specifically tailored to your needs.

Many men make an appointment with a talk therapist to start therapy for mild episodes of depression (psychotherapist). The therapist may then recommend particular sorts of care, such as:

The addition of medication can then be made, if necessary. To help with some of the physical, mental, emotional, and behavioral symptoms of depression, medication may be administered right away for more severe instances. Depression is frequently treated with antidepressants such as paroxetine (Paxil) or sertraline (Zoloft). An expert in mental health treatment may, however, also recommend other drugs.

Feel free to consult the best Online Psychiatrist India at TalktoAngel to learn more about the depression in men.