Considering the Children of Addicts

by Florence Alfano
in Health
0
0
SHARES
2
VIEWS
Share on FacebookShare on Twitter
Addiction is a disease that has a way of infiltrating every part of the family. Sometimes we become so focused on the addict and their behaviors that we forget to take care of the people who end up suffering the most—the children. 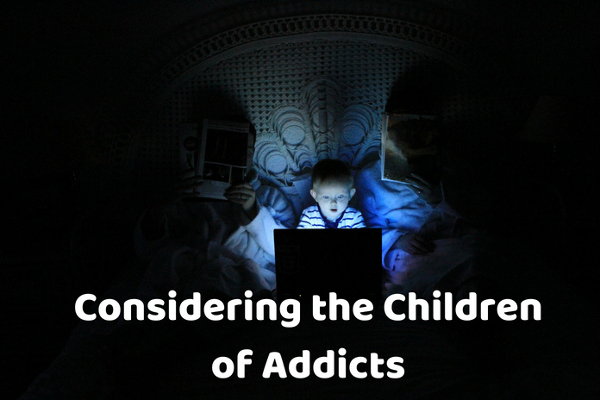 These are the people who are in the vulnerable position of watching the person that they’re supposed to love and respect fall apart. There are times when the dynamic changes and the children end up taking a parental role. They find themselves caring for parents who are intoxicated or unable to make sound decisions. This level of stress can breed resentment and cause a rift in a relationship that seems too wide to repair.
Every child of an addict has to look at life differently. Some are able to watch their parents recover and become people they can depend on, while others grow into adulthood continuing to care for or avoid the person who hurt them.
The truth is that healing is possible but only when the cycle of enabling and addiction comes to an end. This doesn’t mean that the addict stops using drugs, it simply means that their child is able to distance themselves from the dependence that colored so much of their lives.

Understand Their Point of View

Not all addicts are physically or mentally abusive. Some are simply absent and unable to provide the basic care for their children. This leaves many kids to fend for themselves and to see to their own basic needs. They worry about money, bills, clothing, food, and move into a position where they’re forced to care for themselves.
Far too many children end up trapped in the cycle of uncertainty until they’re old enough to live on their own. The myth that social services remove every “at risk” child is one that gives false hope to a situation that ends up being permanent. While some are fortunate enough to end up with family members in a loving home, others aren’t as lucky.
If you’ve never had to clean up after a parent who came home drunk or had to avoid needles from one who passed out while shooting up, then you can’t know how badly this can impact a kid. When drugs and alcohol become the norm, then it can also create an atmosphere of co-dependence. This fuels that cycle of addiction that we all hear about.
People have a tendency to believe that just because a child is taught right from wrong and that drugs are bad, that this will have more of an impact than what they’ve learned at home.
The reality is that a lot of kids grow up seeing addiction in shades of gray. They don’t want to paint their parents into the role of the villain, and they end up defending their drug use in the process.
Eventually, some of these children will start using drugs with their parents as a way to feel really connected to the people that they care so much about. Others may resent drugs and become vehemently opposed to all illegal substances. They grow up with the fear that addiction is, in part, hereditary—creating someone who lives their life to the opposite extreme. No one can predict the future, but it’s important to understand that this isn’t a normal childhood.
Never assume that you understand what the child of an addict has lived through, and don’t devalue their experiences. Consider their world through the eyes of a child who’s forced to watch their parent battle a chronic and destructive disease.

There is no stereotypical homelife when living with an addicted parent. Things may seem really good for a while and quickly take a turn towards abusive. This level of constant stress and uncertainty takes a serious toll on the priorities of a child living with these ups and downs. Some of them may fail to thrive in school, have a difficult time connecting with peers, or lie to try and cover the embarrassment of the situation.
When a kid has to live their life walking on eggshells, it’s hard to pay attention to anything else. Some of them end up labeled as “slow” or as behavior problems. The worst thing that any authority figure can do is to throw these kids into a category and fail to follow up on the reasons behind the behavior. Again, this is not a normal situation—don’t treat it like it’s their fault.
Many children living with a drug addict don’t have the stability necessary to come up with healthy coping mechanisms. This can lead to dysfunctional adult relationships or delayed emotional growth.

Addiction is Their Disease Too

Addiction is a disease that behaves unlike any other. It spreads to family members of the addict in different ways, and everyone needs treatment in order to recover. The children of addicts, whether old or young, need to be able to talk about the problem. They need an outlet that can help them to build healthy coping skills and to understand how to become productive adults.
This is often in the form of therapies and relationships formed with friends and family members. When the addict is ready for recovery, the rest of the family will need to recover as well. Different people will heal at different speeds, and the longer a child stays in a toxic environment, the more time they’ll need.

Rehabs like A Better Today Recovery Services will involve the entire family in the treatment process and can help children get the help that they need. Breaking the cycle of addiction starts at home. Kids need a loving and stable environment to give them the confidence to take on the world.
If you know that a child is living in a home with an addict, it may be time to plan an intervention. Getting help early can help kids to have a childhood that they won’t spend their adulthood recovering from.

Top 5 Frameworks of PHP – You Should Know