Benefits of Having a Car Accident Lawyer

Millions of people cruise through Kentucky’s highways every day. Sixty percent of the major roads have a lane width of 10 feet or less, which is a high safety risk to motorists and pedestrians. Thousands of miles of which have even contributed to a large number of crashes.

If you happen to be involved in an accident in these areas and it has caused injuries and serious damage, connect with one of Kentucky’s top car accident lawyers. 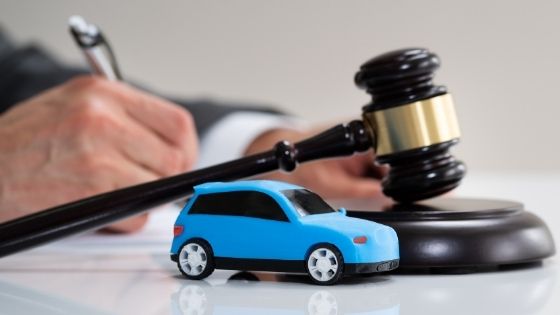 Having an attorney who’s knowledgeable in car accidents can help you understand your rights when you get involved in a crash. An auto accident attorney can guide you throughout the whole process and will do their best to help you get fair compensation. Their expertise in the field also offers other advantages over someone in general practice. Here are some of them:

Kentucky’s car crash laws can be confusing and overwhelming. Unlike many other states, Kentucky imposes unique rules under its car accident laws. For example, they have the “no-fault” system and “comparative fault” rule. The former requires that each party is compensated by their respective insurance policy, while the latter allocates the responsibility to more than one party.

Another thing your lawyer can help you comprehend is the statute of limitations, which prescribes the maximum amount of time allotted to initiating legal proceedings, depending on the dispute. For personal injury, the limitation period is one year, which starts from the day the accident happened. Two years is allowed for a property damage lawsuit. If you were not able to file a complaint within this period, you could be barred from doing so.

Having a lawyer can also give you a clear picture of the possibilities of your case. In terms of the statute of limitations, your attorney will let you know about the different exceptions if you miss the given period.

The number one factor that makes a car accident injury claim complicated is proving that another person’s negligence caused your injuries. Proving liability is a crucial part of your claim since it determines who the responsible party is, what laws and rules were violated, who is entitled to compensation, and how much the damages should cost

Depending on the case, Kentucky’s comparative fault rule may also come into play. In this system, the judge will determine the percentage of fault of the involved parties and reduce their liabilities accordingly. So, if you’re liable for at least 20% of the accident, the compensation you’ll receive will be 20% less than how much you’re supposed to get.

With this rule, there’s a possibility for the blame to shift, which will be difficult. However, if you have an experienced and highly lawyer, they’ll do their best to prove the sole liability of the defendant.

Many insurance companies will make it hard for you to file a settlement claim. Some of them will try to give you a lower amount than you deserve, while others will try to deny your application. Remember that these firms are in the money-making business, which is why adjusters will do their best to minimize the amount they’ll pay you.

The state of Kentucky applies the no-fault system for insurance claims. Under this rule, you must have personal injury protection (PIP) coverage. PIP helps keep small accident claims out of the court by giving you maximum benefits whether or not the accident is your fault. However, you will not be able to sue or get sued unless you prove that the damages exceed certain thresholds.

But, even with this system in effect, an adjuster can still deny your claim. This is where you’ll need your attorney’s skills so they can gather substantial evidence to prove your claim and negotiate in your favor effectively.

A vehicular accident that results in personal injury requires legal representation. This is why selecting one of the most reputable car accident lawyers in the area is highly recommended. Remember that Kentucky’s personal injury laws have specifics that can be confusing. Enlist the help of a local practicing attorney so you can understand the rules and the process better so you can make the most out of your case.

How Compensation is Categorized?

The Solution to Your Bed Bug Problems

The Solution to Your Bed Bug Problems