Ancient Sports Legends: 8 Great Athletes of the Past

by Florence Alfano
in Health
0
0
SHARES
5
VIEWS
Share on FacebookShare on Twitter
Sport is an activity that is as old as humans. The two are inseparable since the activities have many benefits to people with leisure and relaxation being the main purpose. This is why you will see people fill the sports stadiums to the brim or visit bars and clubs where they can enjoy their favorite sports broadcast. 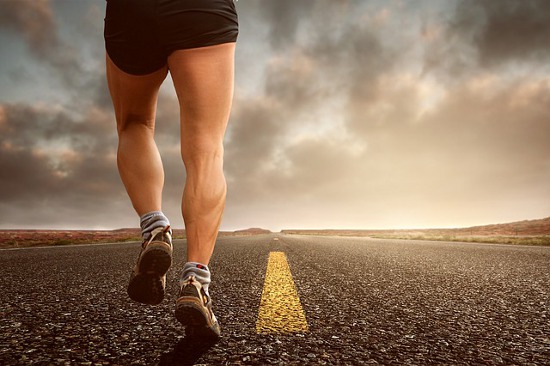 In ancient times, sports were no different from what they are today. People loved watching different sports in theatres and arenas since there was no media to bring the entertainment home in those days. The majority of the sports were played by men although there were some women who beat the odds to compete in horse racing and other tough sports. This list includes some of the most popular athletes of ancient times who are still remembered to date.

This athlete competed in boxing during the ancient Olympics. He scooped up many titles in all the tournaments in which he became involved. As a great boxing athlete, he trained a lot and also enjoyed an appropriate diet. He was very disciplined.

Having grown up in one of the aristocratic families, he was exposed to common benefits of his status like swimming, boxing and good education. And this is where his passion for boxing started. Today, he is still remembered for his achievements.

He is another boxer who competed in several tournaments and won with ease. But his fame came when he got the boxing champion title in the 464 BC Olympic Games. But this just unlocked his potential as he also competed and won in the Isthmian Games, Pythian Games and many others.

This man loved extreme exercise and spent most of his life engaged in it. Since this was now his career, he had nothing else to do especially in those days when life was not as busy as today. His diet was chosen carefully to grow his muscles and become a boxing athlete who would be remembered to date.

He was an athlete who left a mark on history, and his record in track running stayed intact for the next 200 years. Chionis was an Olympic champion in 660 BC and won many other titles in the categories in which he competed like diaulos and stadion races.

According to history, he was a gigantic man with huge muscles as a result of exercise and diet. He would be equated to a successful bodybuilder of today who is using legit steroids, supplements, appropriate diet and working hard at the gym.

This athlete was involved in stadion races in Greece in the 760s BC. His name become widely known after running naked in the Olympics and winning the race in his category. The fans who were in the stadium were thrilled and considered him to be an influential and bold person.

Even in his later years, he continued to be a great athlete and even started training young people who were interested in sports. Greece remembers Orsippas of Megara even today as a hero who made an impact in the history of sports.

Although there is not much that is known about his entire life as an athlete, probably because he came from a village, it is known that this large man was talented in the few sports in which he competed. He considered the Greek hero Heracles to be his mentor, and he even killed a lion without any weapons to prove a point.

After word circulated in the region, King Darius of Persia sent for him, and Polydamas defeated three immortal fighters in a duel. His wrestling skills were amazing. Although he died from a caving accident, his name has been entered in the history books, and he is still remembered up to the present.

In addition to being one of the most handsome young men of the time, he was a famous boxer. Historians and ancient writers confirm that he never hit his opponent in a duel, and no challenger would hit him either. His tactic involved blocking blows and kicks, in which he excelled.

Moreover, this style of boxing had never been seen by anyone and is what made him even more famous. Opponents would spend an entire day trying to hit him even once but with no success. In fact, no other athlete has ever used this wrestling style to date. And this is why he is a legend.

Milo is one of the most popular fighters of ancient times. It is a fact that he hardly lost in wrestling and combat tournaments. Opponents would fear him because of his huge body and muscles. Mainly, his diet, which included a lot of meat each day, was the source of his strength. He also exercised extensively on a daily basis.

He became even more famous when he showed up in an Olympic stadium carrying a whole bull on his shoulders to show his might. To complete his show, he slaughtered the bull and ate part of it before winning all his contests.

Last but not least is Thasos. This list cannot be complete without him because he is one of the most popular on the list of sportspeople of ancient times. At a tender age, he plucked the statue of Thasos from the village square and took it home. Although he was forced by the village elders to return it, this act amazed many people who encouraged him to become an athlete. In later years, Theagenes would become a famous runner and boxer who would never be defeated. He is remembered as an athlete with a huge body and no fear of facing any challenge.

Conclusion
As seen from the above, sport is an activity that began many years ago. The entire world was involved in sports, although Greece and neighboring regions had especially well-developed sports. This is why most of the ancient athletes who are remembered to date come from this region.