A Critical Review of Virtual Devices

by Florence Alfano
in Technology
0
0
SHARES
9
VIEWS
Share on FacebookShare on Twitter
There are plethora of virtual devices that are being used by the people to go through a world of virtual reality in which person can experience different unusual things which are not possible in real world. These devices are mostly serving the role of entertaining people but many times they go beyond it and used to deal with certain disorders like insomnia and mental health disorders. Here are some facts that are associated with virtual reality devices and their positive as well as negative role in the human life. Have a look on them and try to utilise them for the maximum benefit by avoiding the flaws present in these virtual reality devices. 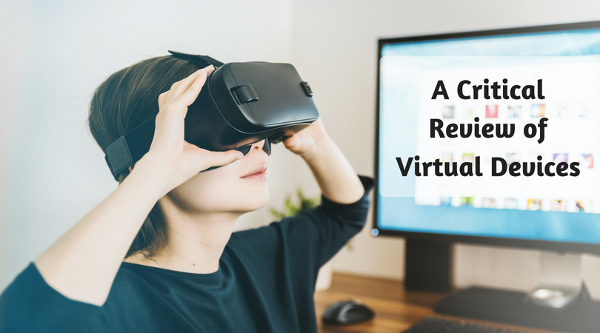 What are Different Virtual Devices Prevalent in the Market

The types of virtual reality devices that are being used in current scenario to give people an extraordinary experience is innumerable. But still some of them are mentioned here which are majorly used by the people by spending high chunks of money. These include virtual reality headsets and 3D glasses mainly that are responsible for the high spending of the masses. People are using these devices for the recreational purpose when they fed up with the world they are living in. All and all these devices are gaining very high popularity among the masses for their entertainment purpose.

Applications and Benefits of Virtual Devices

Although the major application of virtual reality devices is given to the entertainment purpose but apart from it there are so many other applications of Virtual devices as well. The one of the major use or benefit of virtual devices is to handle the disorders that are associated with the human nervous system. For example, many people have certain mental disorders that could be treated with this type of devices.  Phobia is one of the best examples to explain the role of virtual reality devices to control mental disorders. Other health related problems could also be solved by these types of devices by the expert users of it. So, if you are looking forward to purchasing such device to deal with such troubles this is the high time to make this handsome deal in investing money for the virtual reality devices.

Flaws Associated with the Use of Virtual Devices

There are so many flaws that are associated with the virtual devices which can lessen their uses for the treatment of multiple diseases. For instance, people must spend high chunks of money to purchase these devices and these devices sometimes bring addiction in the common masses for the virtual reality headsets and glasses. More some people are suffering from the anxiety and depression after using and experiencing an imaginary world as they find their own physical world useless for them. These people always wanted to remain in the imaginary world or we can call it as virtual world. People who earlier were spending their money in betting on the websites like bettingtop10.com/au are now investing money in virtual reality devices.

So, there are mixed review about these devices from the users as if you want to spend your hard-earned money of these devices always be wise to use them for the right purpose.

Mistakes to Avoid During CRM Development

Why You Should Order Cake Online?

Why You Should Order Cake Online?